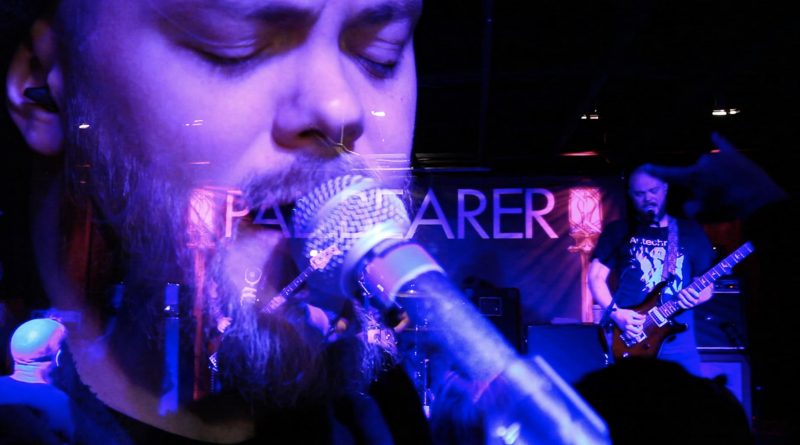 Ascending Arkansas progressive doom quartet PALLBEARER are heading to EU and UK shores this week for a run of dates and festival appearances. In celebration of their return, the band have just unleashed an official live video for the track ‘Thorns’, taken from their recent release, »Heartless«. The live video was shot during parts of the band’s US tour back in February. Watch here:

Kicking off in Hamburg, Germany on July 13th – the band’s forthcoming run of dates will take them across twelve countries for 21 club & festival shows, concluding on August 16th at Germany‘s Summer Breeze Festival in Dinkelsbühl.

The band commented:
“We’re excited to once again be heading over to Europe and the UK, and we might even be playing a handful songs from our catalogue that have never been performed outside of the US before!”

DIABOLOS DUST have released their new single “Dust” today – and it is accompanied by a lyric video that’s available below:

The band is going to release its new album “The Reaper Returns” on August 24th – expect an album that incorporates various styles of metal but with thrash metal always being present. You can already pre-order the album here » https://massacre.lnk.to/thereaperreturns

DIABOLOS DUST’s new album “The Reaper Returns” was mixed and mastered by Steve Peyerl at SP Studio. The album artwork has been created by Tari József.

Italian Visual gothic act A TEAR BEYOND has released a new video for “Frolic”, taken from their new album “Humanitales”. Watch the video here:

Comments the band:
“We are proud to show you our new videoclip, second based on “Humanitales” Concepts. “Frolic” video is a mix of Live Moments, filmed and edited by Massimiliano Lorenzin, great photographer and videomaker from Vicenza. Let us show you our world! If you want to understand more about the Meaning of “Frolic”, take a look to this “Conceptual Compendium” page by Claude Arcano: https://www.atearbeyond.com/conceptual-compendium/#frolic”