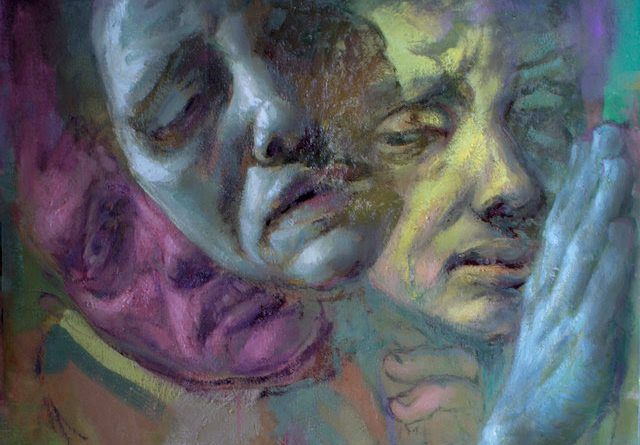 Little Rock, Arkansas-based ruminant progressive doom quartet, PALLBEARER, have released a brand new track entitled ‘Dropout’ as the 53rd instalment of the Adult Swim Singles Program. The song encapsulates the singular doom-prog metal sound the Arkansas outfit is known for and can be heard below:

Comments the band:
“We have almost always written music intended to exist as part of an album, with common musical and lyrical threads that tie many elements together into one release. Being freed from those confines in recording this song allowed us to  explore themes and immediacy that might not have been uncovered in our more typical “large format” composition process.”

In advance of their European tour-start tomorrow,  ROTTEN SOUND guitarist Mika Aalto is releasing a play-through video for the new track “Privileged”, which is taken from the forthcoming EP, ‘Abuse to Suffer’. “Privileged” is now streaming  below:

ROTTEN SOUND  comment: “Here is our new guitar play-through. Take a peek, if you want to know how we do it and then go and see more of us on tour!”

Joceir Bertoni (vocals/guitar), Ricardo Fanucchi (bass) e Bruno Pamplona (drums/vocals) are know as Imagery. When the band came up, they surprised every one. After all, who could expect that a power trio from the interior of Brazil that play progressive rock mixed with heavy metal and jazz could had so much success with so little time in their carreer and only one album released? Debut album, “The Inner Journey” allowed a contract deal with Cleopatra Records (Morörhead, Asia, Yes) and allowed to expand their fanbase. Now they’re working on the writing of their sophomore album, that still has no title defined. After three singles released, “Blinded Nation”, “People Say” and “End Of The Line”, the power trio present “The Ordeal”.

“Like “Start The War” from our debut, “The Ordeal” is a new verson for an old song – “Depois” from the album “I” by the band Revoult, embrion of Imagery”, explains drummer Bruno Pamplona, author of music and lyrics. “”The Ordeal” aproaches from a broad way and in retrospective, human tribulation. It’s almost a “look back” in extenuating situations and rough times in any person’s path of life”. Below you can watch the video.

Music and video were recorded in the Plugue Studion, in Londrina/PR with production by Júlio Anizelli and by Pamplona himself. The production of the video was by Usina de Ideias.