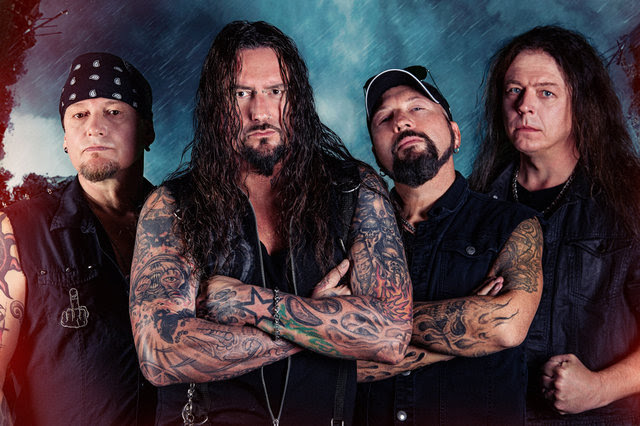 Last Friday, heavy metal icons PÄNZER finally unleashed their sophomore record entitled »Fatal Command«! Today, they present a brand-new lyric video for their song ‘I’ll Bring You The Night’, which is also part of the new album. The clip can be viewed below:

Schmier comments on the song: “We all have a bad day sometimes, this song might help you through this! Sometimes the animal in you needs to get tamed, people with a high temper like me will understand…hahaha! But I think this is the most groovy track on the record, melodic but still dirty and in your face with a tight & driving right hand picking. It is the most German sounding track on the record – you gotta play it loud!!!”

Polish experimental black metallers THAW premiere the first single from their recently announced fourth studio album, “Grains”, set to be released on December 8th via Agonia Records. “The Brigand” is the openeing song of the album, which arrives three years after its acclaimed predecessor, “Earth Ground”.  Listen to the track below:

DON BROCO have today announced their brand new album »Technology«, due for release in early 2018 through SharpTone Records. To mark the announcement the band have released ‘Stay Ignorant’, the latest track from the record, available now as an instant-grat.

‘Stay Ignorant’ is another huge rock anthem from the Bedford four-piece, with danceable riffs and massive singalong choruses. The video captures moments from the band’s surprise sets at Reading & Leeds Festivals this summer, where The Pit tent was full to bursting with fans who had worked out that the advertised billing of “The Prettyboys” was in fact the mighty DON BROCO.

Frontman Rob Damiani explains that the lyrics to the song were inspired by the Lord Byron quote, “Sorrow is knowledge: they who know the most must mourn the deepest o’er the fatal truth, the Tree of Knowledge is not that of Life.”