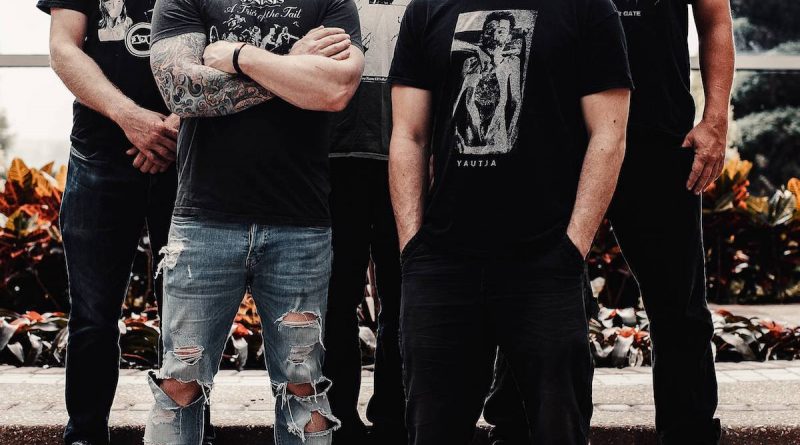 After six long, harsh years of absence, the mighty PIG DESTROYER have reassembled to eradicate eardrums and split skulls with their highly anticipated sixth full-length opus, entitled Head Cage (named after a grisly medieval torture device). Head Cage is due out September 7th on CD/LP/CS/Digital via Relapse Records.

The long-awaited, sonically vast Suspended in Reflections LP will be released August 24th via Pelagic Records, and in the meantime, Ancestors is sharing the album opener “Gone”. The track, following the previously released album closer “The Warm Glow,” gives a true sense of melancholy from its heavy riffs and melodic instrumental passages, rounded out with a touch of synthesizer; another step forward for the consistently boundary-pushing, genre-warping band.

Los Angeles’ ANCESTORS create mighty, modern music that dovetails slow, heavy riffs and atmospheric, melodic instrumental passages, exuding a deep sense of melancholy. Six years have passed since the band’s previous album, In Dreams and Time, which came at a transitional and difficult time in each of the band members’ lives. In those six years, the band has slimmed down from a 5-piece to a 3-piece, also adding drummer (Daniel Pouliot of HORSE THE BAND and ex- SILVER SNAKES) to their ranks. This lineup has onsciously taken their time in writing their 5th album. It was surely worth the wait: „Suspended in Reflections“ is a culmination of everything the band have accomplished thus far. It feels like ANCESTORS have finally arrived at their own,right place.
„I think that as songwriters we’ve grown exponentially over the past six years“, comments guitarist and vocalist Justin Maranga... „but the most important change was the removal of ego from the writing and recording process. We tried to step out from behind our respective instruments to write the best album we could. We made a beautiful record as a team.“

Russian Metal trio SECOND TO SUN have released a guitar playthrough video for “Ladoga Master,” a song taken from new album The Black. Featuring guitarist Vladimir Lehtinen, the video can be consumed below:

The Black was released on May 16. It can be purchased at this location and is streaming in its entirety on SECOND TO SUN’s  Bandcamp page and YouTube Channel. The Black is available on Spotify, iTunes, Bandcamp, and other digital retailers.
The Black is a reissue of the Blackbound (2016) album, which was re-recorded to add vocals, among several other enhancements.