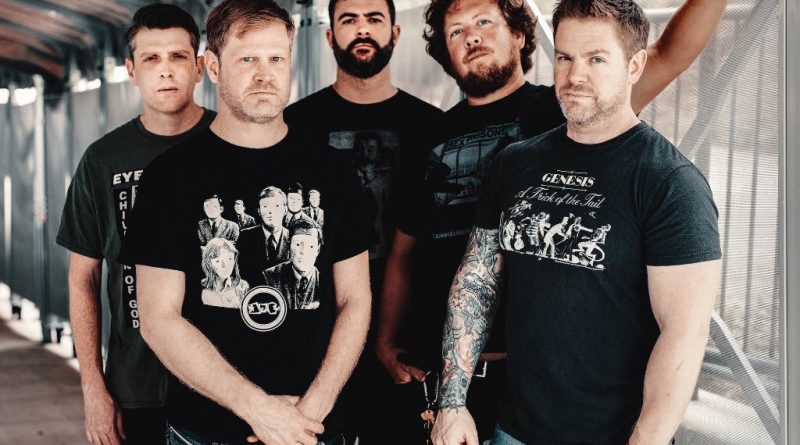 PIG DESTROYER comments on the video:

“Did someone say banana peels?!?! We here at Pig Destroyer Industries are happy to announce our third video in conjunction with Joe Stakum, so get out your coffins and skate Mt. Skull!”

ESBEN AND THE WITCH have released the first track from their new album ‘Nowhere’, which will be released on November 16th via Season of Mist. The stunning track “The Unspoiled” is now streaming below:

German Thrash Metal legends TANKARD have just released an official animated video for the track “Don’t Bullshit Us“, taken from the latest studio release. »One Foot In The Grave«.

The Royal Melbourne Institute of Technology in Australia spent the last 13 weeks working on the video, resulting in a hilariously funny animated short. Producers Aaron McLoughlin & Simon Norton spent around 3000 working hours with their team to create the video.

Aaron states:
“The video took an estimated 3000 hours to complete. Much of this time is spent at the concept, pre-vizualisation and planning stages. Everything is digitally hand-drawn frame-by-frame on Wacom Cintiq tablets in RMIT University‘s state-of-the-art animation studio. This is where old and new school meet.
We decided to go with a scribbly look for this video, as we felt it suited the energy of the track with Gerre‘s superb vocal stylings. It also meant the animation team could work quicker to produce an original looking video with everything on the screen always moving like crazy. Although it‘s a funny video, we also wanted the intensity of the song‘s serious message to cut through.
I‘m massively proud of the job the students did on this video. I think it‘s evidence that studying animation at RMIT University in Australia is the most fun thing anybody can choose to do. I‘d pick Tankard over Mickey Mouse any day!”

Gerre adds:
“Even though our latest record ‘One Foot In The Grave” has been released quite a while ago, we are really happy to present you another official video clip in connection to that album. Aaron McLoughlin once again did a great job, the cartoon-like clip matches the humor of TANKARD perfectly, even though my belly – as presented in the video – is not that chubby anymore…….hahahaha!
So: Don´t bullshit us anymore and keep on thrashing!”

Check out the video here: