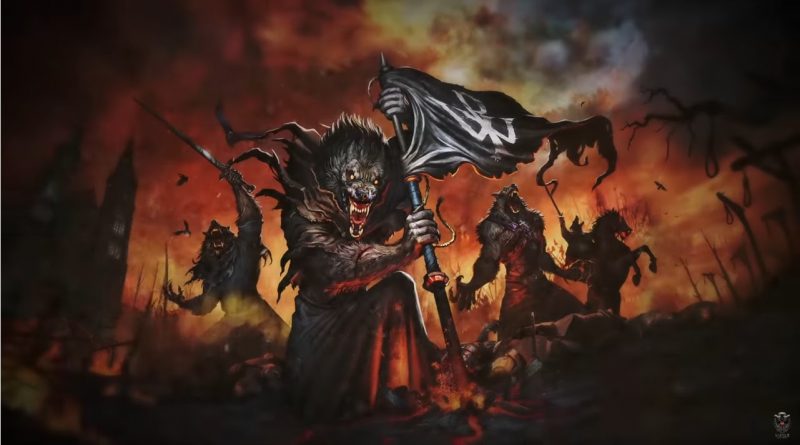 The new album The Sacrament Of Sin is out on July 20!

Get your pre-order HERE!

Powerwolf is on our most recent issue – get it here for FREE!

Canada’s finest hardcore/punk outfit, COMEBACK KID, is about to kick off their European summer tour in support of their latest album »Outsider«. In celebration of these upcoming dates, the band has unveiled a brand new music video, shot by finnish director Samuli Joenssu, for ‘I’ll Be That’ today. Check out the clip below:

The band comments, “For ‘I’ll Be That,’ we shot another hybrid video working with our good friend from Finland Sami Joensuu for the second time. We collaborated on the narrative trying to incorporate a story that involves someone being their worst enemy and trying to escape themselves before it all catches up to them. The band performance was shot in Lisbon, Portugal on an afternoon before we played a show there earlier this year. Excited to finally get this out.”

With their selftitled debut album out in late August, German Alternative Prog-Doom trio MOTO TOSCANA released the first track Sweet Demise that you can listen below:

Welcome to the world of MOTO TOSCANA. Sludgefunk Doomdisco – melodic vocals, uncompromisingly tight, groove-oriented drums and a distorted bass wall conjure up the intense sound of the trio. The band brews an ultimately completely independent mix, which is used not only in DOOM, STONER & PROG, but also in detail at FUNK. In concerts the combination of guitarless and monster sound, clears any doubt, because not even the thickest sound needs more than just three people and four strings.