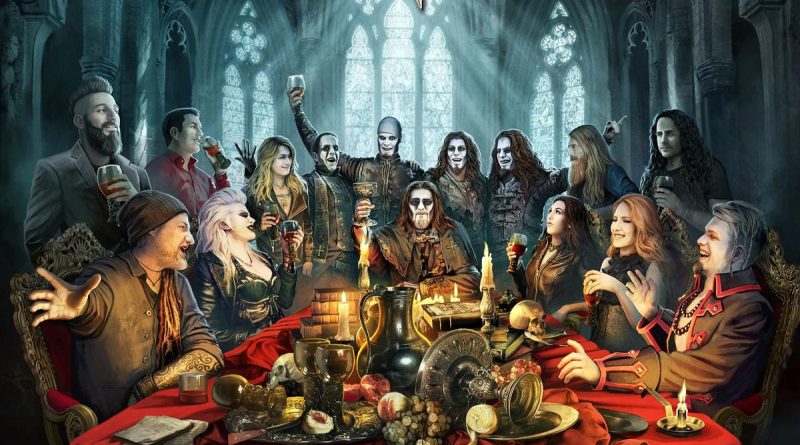 After the release of their latest NUMBER #1 album ‘The Sacrament Of Sin’ this summer on Napalm Records, followed by an extensive tour while selling out EVERY single venue, Germany’s most successful heavy metal band POWERWOLF has just unleashed a brand new music video to the track ‘Let There Be Night’! A stunning cover version by tour mates KISSIN’ DYNAMITE, taken from POWERWOLF‘S Deluxe Edition of ‘The Sacrament Of Sin’, which features 10 exciting covers by highclass metal acts such as HEAVEN SHALL BURN, EPICA, CALIBAN, ELUVEITIE and many more.

Check out POWERWOLF’s new video for ‘Let There Be Night’, covered by KISSIN’ DYNAMITE below:

CANDLEMASS have come full circle: their first singer Johan Langquist (who left the band after singing on the legendary 1986 debut EPICUS DOOMICUS METALLICUS) has returned!  They are set to release their 12th full length album The Door to Doom February 22nd via Napalm Records. CANDLEMASS have dropped the first song from the album entitled “The Omega Circle”. Listen To it below:

Leftover Bullets is a hard rock group, from Thessaloniki, Greece, formed in summer 2013. The band released its debut album “Virtue & Vice” in November ’16 under the label of Final Touch and from that’s from that album that the single “Confused” is taken. You can see it below:
The band is currently writing and recording their their second album! Follow them here – https://www.facebook.com/leftoverbulletsband/