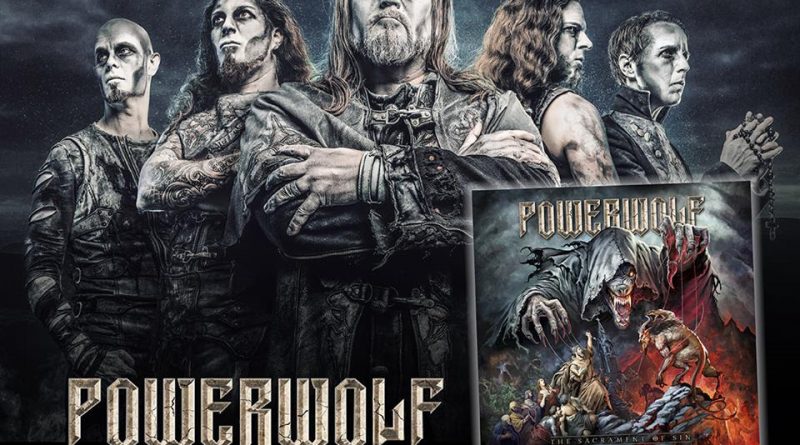 At the end of May, Germany’s most successful heavy metal band POWERWOLF released the official music video for their new song “Demon’s Are A Girl’s Best Friend”. Now the band has released another breathtaking music video for the song “Fire & Forgive“ which is taken from the new album The Sacrament Of Sin which will be released on July 20th via Napalm Records. You can watch the video below:

With Trust in Rust the German metal a-cappella masters VAN CANTO will release their seventh studio album via Napalm Records on August 10th. Today VAN CANTO, releases a lyric video for the first single „Back In The Lead“ from their new album Trust in Rust. The lyric video can be watched below:

About the first single, the band said the following, “It’s been more than 2 years after our last tour, this song wraps it up – we want to sing and are just happy to be Back In The Lead!“

Trust in Rust is available in the following formats

American/Finnish sensations TORNADO have returned with their third release, aptly titled “Commitment To Excellence”, 11 songs of highly catchy and in-your-face Thrash Metal! Formed in 2010 in Amsterdam, Netherlands, TORNADO quickly released their Peter Tagtgren (Hypocrisy/Pain) produced debut album “Amsterdamn, Hellsinki”. 2016 saw the release of the sophomore album “Black President” as well as the video for the anti-bullying song “David and Goliath” which caught the attention of several anti-bullying agencies, one of which used singer Superstar Joey Severance in a country wide advertising campaign.

With “Commitment To Excellent”, TORNADO continue to do what they do best: writing songs that you can actually remember, with their own original recipe consisting in a blend of thrash, sleazy and glam! This time around, the band also brought along some friends to help out in certain places: Nile’s Karl Sanders, Immolation’s Ross Dolan and Pro-Pain’sAdam Phillips, as well as Glen Drover (former Megadeth member).

You can taste some new stuff by checking out the first single and video “Global Pandemic” below:

Produced by Ben Varon (ex-Amoral/Oceanhoarse), mixed/mastered and engineered by AK, Chris Paccou (FOH Engineer of Slayer) “Commitment to Excellence” is set to be released via Extreme Metal Music / Rockshots Records on August 31, 2018 and it’s already available for pre-order at the Rockshots Shop ➤ http://bit.ly/Tornado_PREORDER