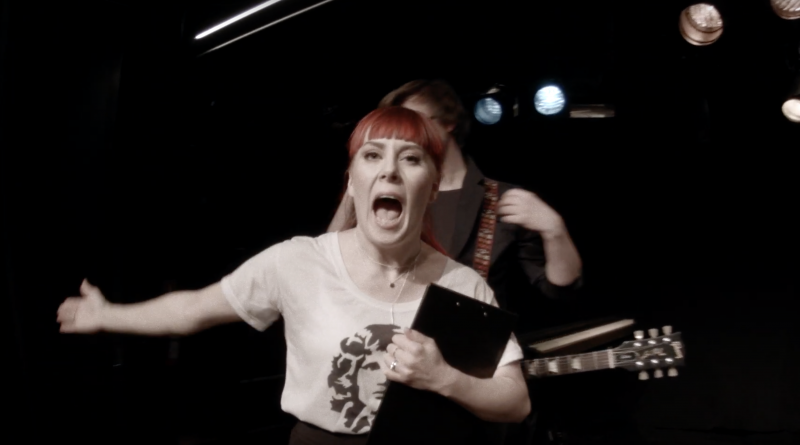 Norway’s finest rock outfit, PRISTINE, has released the brand new track, ‘Sinnerman’, as well as the accompanying music video. The track comes off the band’s highly anticipated new album, »Road Back To Ruin«, and can be watched here:

Commented singer and main songwriter Heidi Solheim: “We are very excited about releasing the first single from our upcoming album »Road Back To Ruin«! The song ‘Sinnerman’ is the first track on the album and we wanted to have a different approach on this video than on our previous releases. Our video producer from Amodei Visual came up with a story filmed in a POV (point of view) perspective and we absolutely loved it! A fun idea and an unusual video for a rock band. The count down to the release date on April the 19th has begun!”

»Road Back To Ruin« is slated for release on April 19, 2019 via Nuclear Blast and is now available for pre-order as stream/download, CD and vinyl (black, blue) via this link: http://nblast.de/PristineRoadBackToRuin

BEAST IN BLACK ‘Cry Out For A Hero’ drum play-through online!

Only 15 months after the release of their highly-acclaimed debut album »Berserker«, up and coming metallers BEAST IN BLACK have finally unleashed their highly anticipated follow-up »From Hell With Love«, through Nuclear Blast Records – and musically the new record is in no way inferior to it! To celebrate, drummer Atte Palokangas has launched a drum play-through of the opening track, ‘Cry Out For A Hero’. Watch now:

IMPERIA have just released the lyric video for the second single “Book Of Love”, taken from the upcoming album “Flames Of Eternity” – enjoy it below:

“Fear Is An Illusion” will be released on February 22nd via Massacre Records, and is available as CD Digipak with bonus track, limited vinyl LP, stream and download. You can pre-order the album here » https://lnk.to/flamesofeternity
A strictly limited edition of the LP on white vinyl is available on http://imperiaband.com/pre-order

“Flames Of Eternity” is a strong album, whose songs will take you on an intense ride through all different kinds of human emotions.