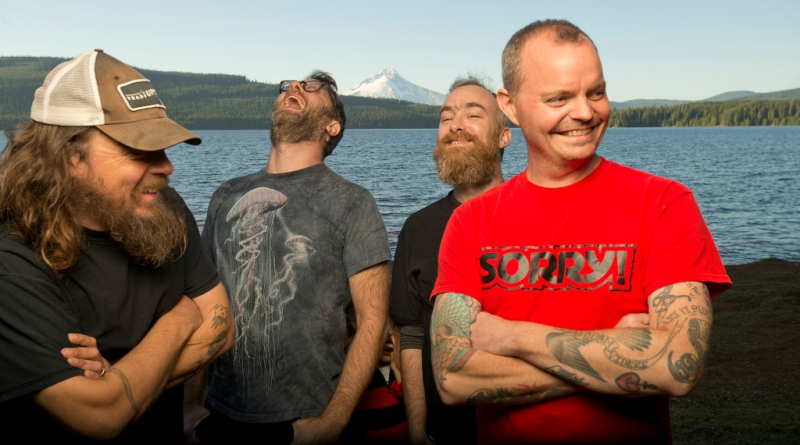 RED FANG comments: “For those of you who suck at video games, now you can hear our new single, Antidote, uninterrupted by fun! It’s now available for download as a regular old digital single. But if you are up for the challenge, see if you can beat our high score on your smartphone! Love, Red Fang”

Download Red Fang: Headbang!, the world’s first video game you have to headbang to play in the App Store, Google Play, or at redfangheadbang.com!

Additionally, RED FANG begin their Summer European headline tour next week! The tour includes one date on Portugal. Tickets are available at http://redfang.net.

Atmospheric Black Metal duo, Imperium Dekadenz, have revealed the hotly anticipated details of their sixth studio album titled “When We Are Forgotten”, due out on August 30th with Napalm Records!

Where most of us might think that everything has been said and done in a genre, Imperium Dekadenz boldly seek new horizons: The highly atmospheric and emotionally dense soundscapes of the band shun a simplistic tag like “Melodic Black Metal” and have done so for ages – as Horaz and Vespasian seize the moment with When We Are Forgotten and delve deep into a complex cosmos made of anger, loneliness, melancholy and pure destruction. Their upcoming record not only convinces with a dynamic, energetic and organic production and sounds by no means polished, but is the same rough and dark as their home, the Black Forest, itself. In contradiction to the album`s title: This is unforgettable!

Earlier this week, the band shared the artwork and tracklist of “When We Are Forgotten”, but today we finally also get to dive into their blistering soundwalls with a brand new video to the song “Absenz Elysium”!

“We are proud to unleash the video for our new song “Absenz Elysium”. The band comments. “The video, produced by Oliver König, was mainly shot at the Hornisgrinde, Black Forest, Germany – our home region and the perfect surrounding for our art. When life is cut from existence, all attainments, burdens and perceptions are melt with the elysium. All the efforts in life to leave a footprint in space and time…vanished into oblivion – Absenz Elysium.”

THE TRIGGER issue official video for “What Have We Become”

THE TRIGGER’s new digital single “What Have We Become” is out now, and comes with an official video that’s available for your viewing pleasure on below:

Both songs are taken from the band’s upcoming album “The Time Of Miracles”, which will be released on July 26th via Massacre Records. You can already pre-order it here » https://lnk.to/thetimeofmiracles

Heavy guitars, sophisticated vocal lines, catchy riffs and memorable melodies – THE TRIGGER’s album “The Time Of Miracles” has it all! Their mix of hard rock and metal is spiced up by adding other genres into the mix. Guest vocalists on the album include Darko Živković (Downstroy), Marko Matijević Sekul (Manntra) and Vladimir Lalić (Organized Chaos).