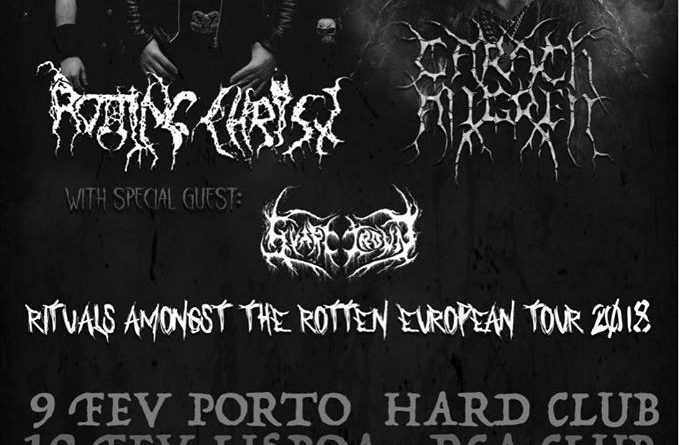 ROTTING CHRIST issue a previously unreleased track that will be included as a bonus on their upcoming best of double-CD compilation,  ‘Their Greatest Spells’, which will hit the stores on March 23rd. The Greek veterans are now streaming ‘I Will Not Serve’ below

On further news, ROTTING CHRIST and CARACH ANGREN will kick off their co-headlining tour, “Rituals Amongst The Rotten” at the Turock in Essen, Germany tonight.  At all shows, French blackened death outfit SVART CROWN will open the ceremony.

Caedeous took the symphonic black metal underground by storm with their debut album “Domini Tenebrarum” and now they release their second video, this one for the song “Siege Of Draedemor” that you can listen below:

Check out the bands site – http://www.caedeous.com – for more news and to get “Domini Tenrebrarum” you can go to the links below

BUY ON AMAZON | BUY ON iTUNES | STREAM ON SPOTIFY

No Limited Spiral – New Lyric Video “The Witch Of Dusk”

Japanese metallers No Limited Spiral have released a new lyric video for the track “The Witch of Dusk” taken from their album ‘Into the Marinesnow’ distributed by Wormholedeath and Wormholedeath Japan.