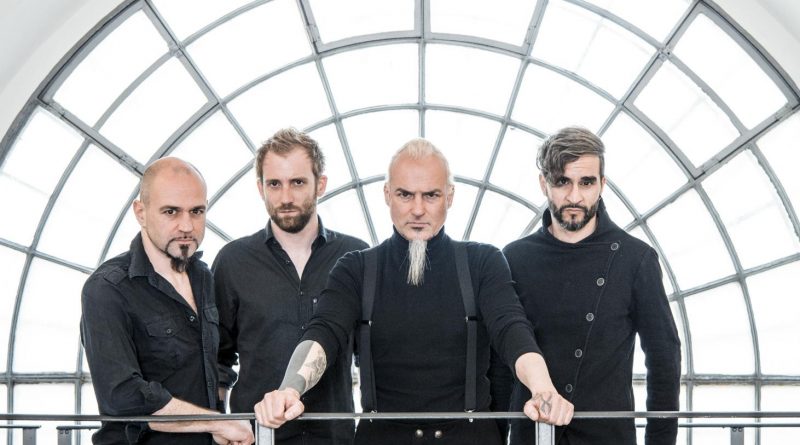 After taking a six year break, the Swiss industrial black metal pioneers SAMAEL are back with a dark and majestic monolith, that will crush you in an instant!

Fans were already given a taste of what to expect from the new album, with the singles “Angel of Wrath”, “Red Planet”, and “Black Supremacy”. But now it’s getting really serious… 30 years of constant evolution flow into the massive title track of their highly awaited album! We proudly present you SAMAEL’s “Hegemony”

The band comments:
“This is our grand overture… We choose to open the album with this song because we thought it sets the tone; square rhythm, martial beat, massive guitar riffs, intricate keyboards arrangements, powerful orchestration all that meshed with aggressive and relentless vocal lines… This is our Hegemony… enjoy!”

There is only one more week until “Hegemony” will finally be released on October 13, 2017 via Napalm Records! The album will be available in the following formats:

Make sure you get your pre-order of “Hegemony” HERE!

“I’m hungry for more, I’m coming, I’m strong, observe it…”
ATENA are out with their second single and music video “Done With The Darkness”. Check it out!

“‘Done With The Darkness’ is a song about relief, the feeling of weight coming off your shoulders and a positive shift in your overall perspective. It is about feeling better, however temporary that may be.”– Atena

Last Friday (October 6th), THE BLACK DAHLIA MURDER released their eighth full-length, ‘Nightbringers‘, via Metal Blade Records – which has already become the best-selling direct-to-consumer pre-order in the label’s storied history! For a preview of ‘Nightbringers‘, the new single, ‘Kings of the Nightworld’, can be heard below: