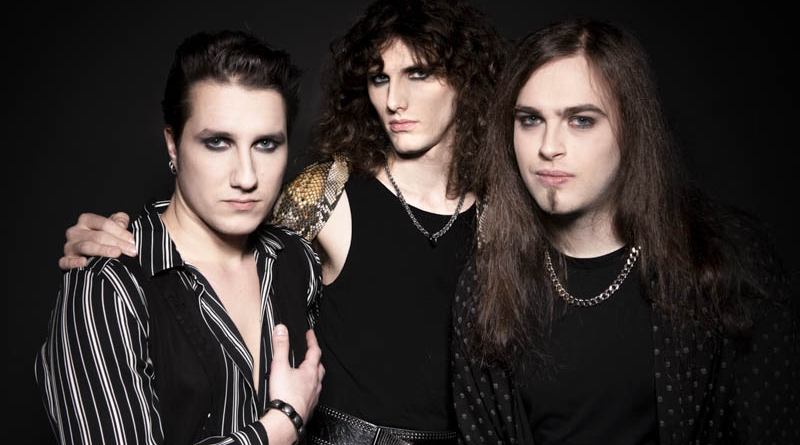 Italian classic 80’s hair metal inspired band SANDNESS have released their new music video “Tyger Bite” in support of their third studio album “Untamed” due out on June 14, 2019 via Rockshots Records. The album features a completely renewed and modern sound of eleven new catchy and sleazy songs to add to the band’s catalog from their two previous releases on Sleazy Rider Records 2016’s “Higher & Higher” and 2013’s “Like An Addiction”.

Vocalist/guitarist Robby Luckets comments:
“‘Untamed’ is a very melodic hard and heavy album. The people who are acquainted with our sound and that are waiting for our comeback won’t be disappointed. At the same time, this album can also be appreciated by people who have never heard our music or specific genre. We tried to keep a sound with more variety and add catchier, more modern songs mixed with heavier and sleazier ones. We also think that this album shows how much we have grown as musicians and as a band, even though we are sure there’s plenty more to learn and to explore.”

And bassist Mark Denkley adds:
“If you compare this album to the previous one, one of the first things you notice is that Untamed is more straightforward, shorter and more lighthearted: the main thing we want is for people to have fun when they listen to it. Most of the lyrics are about partying and enjoying life in general. However, you will still find some songs with a deeper meaning. We have one against bullying, one about finding the strength to fight back when life gives you lemons, and one about keeping the good rock’n’roll spirit alive through the younger generations.”

SANDNESS has also taken their twist on 80’s inspired hard and heavy metal across Europe with multiple tours and festivals in Latvia, France, Slovakia, Austria, Germany, Poland, Czech Republic, Belgium and the Netherlands along with sharing the stage with acts such as Tygers Of Pan Tang, Reckless Love, Hell In The Club, L.A. Guns, Adam Bomb and more.

“Tyger Bite” can be viewed below:

Band frontman and general overlord JB states:
“Dear headbangers! We have reached the third track from our new album. This is ‘A Hall Clad In Gold’. Who knows what happens when death claims you? The only thing you can do is to be true to yourself and strive toward being the best you can be. Perhaps fate will decide the rest.”

Swedish symphonic power metal band MAJESTICA recently signed a record deal with Nuclear Blast and will release their debut album »Above The Sky«, on June 7, 2019. Today the band has revealed the album’s tracklist as well as the cover artwork, which was crafted by SABATON guitarist Chris Rörland (FOLLOW THE CIPHER etc.). The album was recorded with guitarist Alex Oriz (Soundgarden Studio/Studio Oriz) andRonny Milianowicz (Studio Seven), who also mixed the record and took care of the production alongsideTommy Johansson (guitars, vocals). Mastering duties were handled by Tony Lindgren (KATATONIA,ANGRA, ENSLAVED etc.) at Fascination Street Studios.

And as if that wasn’t enough, the group is also proud to present the first single from their new offering. Watch and listen to ‘Rising Tide’ over on YouTube:

The band comments, “‘Rising Tide’ is not only an epic power metal song in the vein of EDGUY, STRATOVARIUS and RUNNING WILD. It’s also very orchestral with a lot of Hans Zimmer influences. The lyrics are about some people hoping to find the fountain of youth, because they’re becoming old and wanna relive the good times of when they were younger. This song also represents the band as well as the direction and sound of the new record pretty well. Not only for the music but also that we show that we love doing what we do and can throw in some humour here and there.”