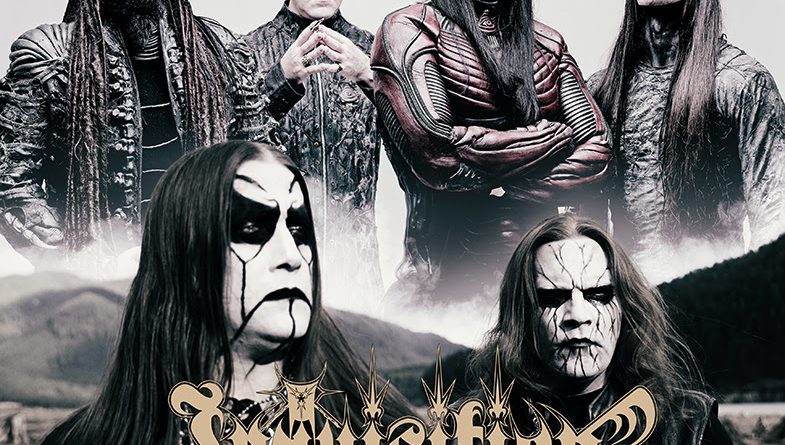 In advance of their massive European tour, SEPTICFLESH are now revealing a pro-shot clip for the track “Martyr” taken from their latest masterpiece, ‘Codex Omega’, which has been directed by long-time collaborator Jon Simvonis. The video can be viewed below:

SEPTICFLESH comment: “We are welcoming the new year by releasing a second video from our latest album, ‘Codex Omega’ – this time for the song, ‘Martyr’. Once again the clip is directed by Jon Simvonis, blending the music of SEPTICFLESH with Kendo, which literally means ‘the way of the sword’. It is a battle of sword and spirit. The ultimate goal of the fighter is to become superior to his own previous self.”
Director Jon Simvonis adds: “We really had an awesome time filming SEPTICFLESH while they were delivering an explosive performance for the ‘Martyr’ video! No wonder, why this band nails it on every stage that they set foot on.”
Credits
Produced by Jon Simvonis for Arctosfilms SA
Cinematography: Gabriel Loukeris
Art Direction: Eleni Kariori, Apostolos Polychroniadis
Make Up: Lia Apostolopoulou
Special Appearance: Renma Dojo Kendo Club
Special Thanx
Neal Berkowitz & BORISFX, George Pergantos, Sonia Mavridou, Rotzer Fischer, Vasilis Bofilios, G. Politis, Eftihia Petropoulou & Dimitris Lagios – Cafe Bonjour, Nick Vell, Erietta Taf, Kyriakos Kouroutsavouris

SEPTICFLESH will kick off a massive European tour in support of their latest masterpiece, ‘Codex Omega’ tomorrow. The Greek masters of symphonic death metal will be joined by label mates and American black metal trailblazers INQUISITION.

The demons of winter will first be summoned to the Bavarian city of Munich on January 4th and will continue to raise hell in 10 more countries until a final black ceremony at the MS Connexion Complex in Mannheim, Germany on the 27th of January.

A list of all confirmed shows can be viewed below.

Russian death/thrashers POKERFACE have released a video to “The World Is Yours”, an Arch Enemy – coversong. Guest lead guitar was played bt Lisaveta Schtoltz.

The band was created in Moscow in 2013. Doctor (drums) and Dietrich (guitar) organized a group with ironic name – POKERFACE. The band got over some changes of musicians,but it has never stopped  to work  intensively in studio and on stage and finally had crystallized its unique style. POKERFACE shared the stage with such famous  bands as Sodom, Onkel Tom, Sister Sin, Knorkator,  Sepultura, Overkill, Claustrofobia, Children of Bodom, Vader,  Megadeth, Kreator, Death DTA and Infected Rain.

A couple of weeks after the premiere of the debut album titled ‘Wędrówkę Haniebnie Zakończyć‘, the enigmatic project called Absque Cor presents an official video accompanying a track titled ‘€˜To Co W Człowieku Nieuniknione‘. The video was directed and produced by the DR Silesia team who collaborate with acts like Furia, Arkona, or Stillborn.

In a brief comment, the founder of Absque Cor, Vos, clarifies the essence of both the track itself, and the whole album: ‘We’ll take you to a place where there is noting but doubt, denial of all values and devotion. It is a very dark place in which everything is infinite, or noting is finite. And each and every one of us will have to reach it in the end, now matter how, or how fast…‘

The video can be watched below: