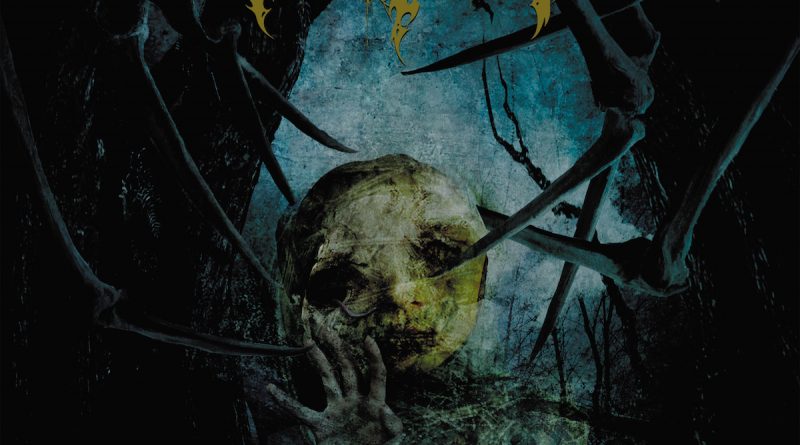 Sinsaenum revealed the third single from their brand new studio album “Repulsion For Humanity”. Based on the horror book of the same name, “Nuit Noire” (french for “black night”) is a brutal, fast, angry and extremely violent song, with intense blast beats and intricate riffs, showing another side of the band’s forthcoming second album. The atonal yet melodic guitar solos by Fred Leclercq and Stephane Buriez add to the song’s driving energy.

The brand new lyric video can be seen below:

Pre-orders of the album, with “Nuit Noire” as an instant grat track, are available now:

“Repulsion For Humanity”, the second album by Sinsaenum, is going to be released on August 10th, 2018 on earMUSIC as 1CD (hardcover digipak) and 2LP.

With the help of Francis Caste on mixing duties, Sinsaenum sharpened its own sonic identity, far from the typical death or modern metal sound.

Icelandic classic rock trio THE VINTAGE CARAVAN are set to release their brand new studio album »Gateways«, on August 31st, 2018 through Nuclear Blast. Today, the band has released another taster from their upcoming record. Check out the visualizer video for the opening track, ‘Set Your Sights’, below:

Bassist Alexander Örn comments, “We’re very happy to present our new single, ‘Set Your Sights’. This is the opening track from the new album. We wanted to start off the record with something epic! This song was the first one we started working on for the album, and it really set the tone for the rest of the songs. It’s accompanied by a trippy new visual video by Viennese artist Max Roehrle. We’re quite proud of this one and hope you like it!”

»Gateways« can be pre-ordered in various formats, here: http://nblast.de/VintageCaravanGateways
Pre-order the album digitally to receive ‘Set Your Sights’ and ‘Reflections’ instantly!
Pre-save the album via Spotify: http://nblast.de/TheVintageCaravanPreSa
Listen to the tracks in the NB Novelties Playlist: https://open.spotify.com/user/nuclearblastrecords/playlist/6aw9wiedFzzhJiI96DhNhw

“IAN GILLAN & THE JAVELINS” – THE STUDIO ALBUM –OUT ON AUGUST 31st on earMUSIC.

“In the early 1960’s, you might have seen The Beatles doing Chubby Checker’s ‘Twist and Shout’ at the Cavern Club in Liverpool, or The Rolling Stones doing Chuck Berry’s ‘Come On’ at the Station Hotel in Richmond, and The Javelins doing Howlin’ Wolf’s ‘Smokestack Lightning’ at Wistowe House in Hayes.” – Ian Gillan

Every Deep Purple true lover knows how much their magic and powerful style is the result of many different influences brought in by the single members, all merging into the powerful sound loved by millions of rock fans. Ian Gillan´s love for American soul and Rhythm & Blues as well as skiffle and early rock and roll has been well documented in many articles and interviews.

Avoiding the use of any modern technology, the band has managed to find the spontaneity and true sense of freedom of pop and rock and roll music of 50 years ago, probably without
completely realizing it themselves. One world superstar and four friends who have taken very different directions in life (none decided to “turn pro” as they would say it) but still able to capture the essence of what being a performing band is about. This album is what happened during four days of recordings in a studio in Hamburg, Germany, where instruments, microphones, lyrics sheets and memories were the only tools allowed.

This album is not an act of nostalgia, or a celebration of the purity of the old days versus modernity. This is simply what the Javelins were in 1963… and this is what they are now, if they happen to
meet in the studio, embracing their guitars and look at each other with a big smile on their face. This is where it all started. “Ian Gillan & The Javelins” has been recorded at the Chameleon Studios during a five days recording session in Hamburg, March 2018, Germany. It features Don Airey as special guest on piano.