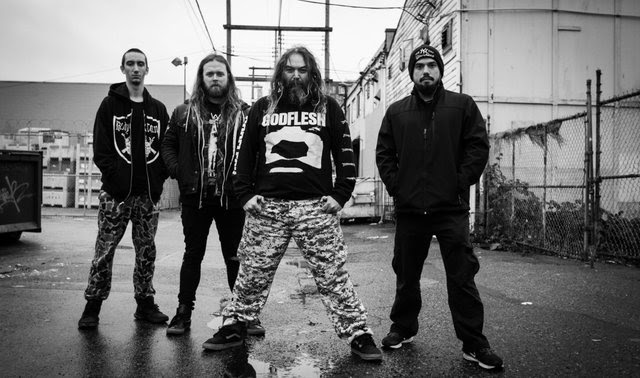 Metal icons SOULFLY have released their devastating new album »Ritual« today via Nuclear Blast Entertainment. To celebrate, the band has unveiled a lyric video for the song ‘Under Rapture’, which also features guest vocals from Ross Dolan (IMMOLATION), here:

“It was really exciting for me to be part of new SOULFLY album,” commented Dolan. “‘Under Rapture’ is a crushing song and I was on board the second I heard it. It was truly an honor for me to have been part of this. I think it’s a sick song both musically and lyrically and I am really happy with the end result!”

“This collaboration started last February when we were invited out as support on the ‘Return to Roots’ tour which eventually led to Max singing on the ‘Morbid Visions’ cover we did for the »Death is Just the Beginning« comp. As fans, having Max part of this made it really special and truly meant the world to us.”

SIRENIA – Release Official Music Video for “Into The Night”

The Nordic Epic Metal masters SIRENIA recently released the second single “Into The Night” from the new album Arcane Astral Aeons, which will be out on October 26 via Napalm Records. Now they follow up with the gloomy and dark official music video for the new single.

Morten Veland on the new video and the further plans with SIRENIA this year:
“We hope you guys enjoyed our second single “Into the Night”. We are happy to release the official video clip for this song today. Soon we will be back on the road performing material from our new album Arcane Astral Aeons. On October 26 the new SIRENIA opus Arcane Astral Aeons will be released via Napalm Records. The album was recorded in Audio Avenue Studios (Norway), and Sound Suite Studios (France), while the mixing and mastering took place in Hansen Studios (Denmark) with mixing engineer Jacob Hansen.We will start in St Petersburg, Russia on the 26th of October, then Moscow on the 28th, after Russia we will do the first leg of our European tour and the Masters of Rock winter edition in Czech Republic. Looking forward to seeing you all there. Feel free to drop by our website for full tour dates.”

On October 26 the new SIRENIA opus Arcane Astral Aeons will be released via Napalm Records. The album was recorded in Audio Avenue Studios (Norway), and Sound Suite Studios (France), while the mixing and mastering took place in Hansen Studios (Denmark) with mixing engineer Jacob Hansen.

Epic Melodic Death Metallers NOTHGARD have just released their 3rd video clip in support of their upcoming new album ‘Malady X‘ which is due next week Friday (Oct. 26). Check out the video for “Fall of an Empire” below:

Bandleader Dom R. Crey about ‘Fall Of An Empire’: “Finally the time has come and we can share the third single with you. ‚Fall of an Empire’ was a real challenge for us, but it was worth it. We flew specially to Rome and shot there in an absolutely brilliant location, a sulfur desert, and simply wanted to breathe life into the intention of the lyrics and to do justice to them. ‚Fall of an Empire’ is symbolic of many things that concern us. Packed in a thriller-like story with great actors, a video you should not miss out on!”