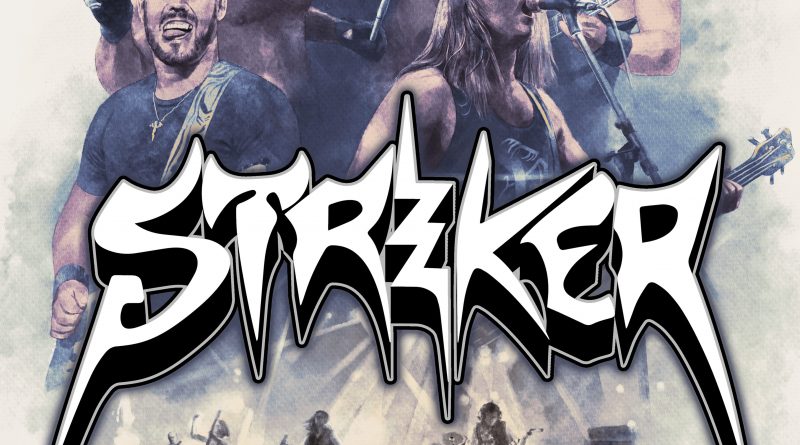 After having played completely sold-out venues in North America with their buddies from Unleash The Archers and Helion Prime in the last few weeks, Striker are now preparing to hit Europe in November on a co-headlining tour with Skull Fist before doing a solo raid on unsuspecting Spain (see tour dates below). The new video single Head First features road and stage footage from their awesome show at this summer’s Bang Your Head Festival in Germany, giving you a glimpse of the heavy shredding train of awesomeness that’s going to roll over you at the Maple Meltdown Tour and the dedication that the band puts into every performance.

In the words of Striker guitarist Tim Brown: “This song is about diving head first into what you love. Committing yourself no matter the odds and knowing that you will succeed. A lot of our songs on Play To Win are about taking risks and following your dreams, and this is one of those songs. Believe in yourself, because most often you are the only one that will!”

On November 23rd, the German heavy metal legends ACCEPT will release Symphonic Terror – Live at Wacken 2017. They are experiencing more success than ever, having hit their stride creatively! In the 10th year since the band’s reunion, the quintet can look back on four top 10 albums in Germany, including an unbelievable #1 with Blind Rage (2014) and a brilliant #3 with their latest album The Rise Of Chaos (2017).

Now, ACCEPT release a live video for ‘Symphony No.40‘, the b-side of the 10” single ‘Balls To The Wall’, watch the video here:

Symphonic Terror – Live at Wacken 2017 will be available in the following formats:

POWERWOLF is THE most successful band in Germany and definitely one of the hottest acts in metal! Their  #1 chart entries, gold records and numerous sold out headlining shows on their upcoming tour speak for themselves. Their latest studio album The Sacrament Of Sin cannot be ignored! Today one of their catchiest songs is being released as a powerful music video as only POWERWOLF can! You can listen to “The Sacrament Of Sin”:

Get your copy of The Sacrament Of Sin HERE!