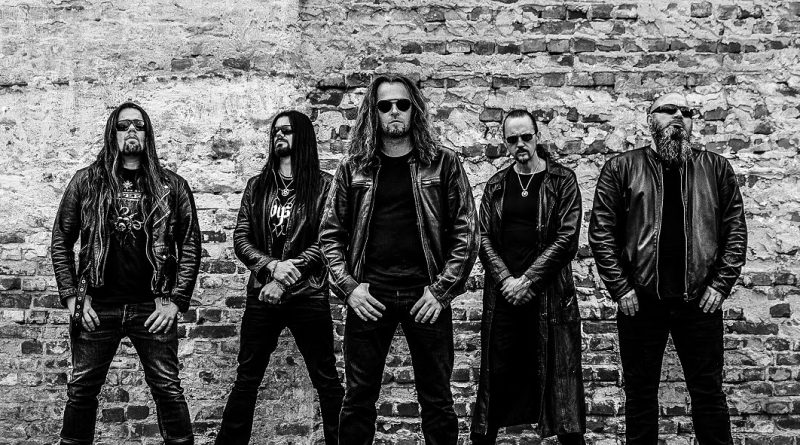 Norway’s blackened thrash/heavy metal band SUSPERIA (feat. former Dimmu Borgir, Satyricon and Old Man’s Child members) premiere music video for the title track from their upcoming album “The Lyricist”, due out on March 16th via Agonia Records. The video is available below:

“The Lyricist” will arrive nearly nine years to the day its predecessor (“Attitude”, 2009) came out. Its release has been scheduled for the 16th of March, 2018, onAgonia Records. The album is available for pre-ordering HERE.

Legendary British band The Damned have released a video today for new single, ‘Standing On The Edge Of Tomorrow’ taken from their new album scheduled for release on Search And Destroy / Spinefarm Records on April 13. Their first new album in a decade.

The single is “an optimistic song even though it is about a dark subject, in a world obsessed by ‘self’,” explains legendary frontman Dave Vanian, who also directed the video.“This is a cry for humanity to recognize its humanity, before it’s too late. There is a strong influence of Joe Meek here: ‘Telstar’ was a glorious song about the opportunities of the future. I’d like to think that ‘SOTEOT’ reflects a similar sentiment.”

To accompany this up-to-the-minute garage psychedelia that gallops like Scott Walker’s ‘The Seventh Seal’, amid ominous ‘dies irae’ chorale and mucho post-millennial frustration, the video depicts a vision of the future from a band whose colourful, anarchic, ever-changing vision has been propelled by an indefatigable creative motor. Quite simply, The Damned have always pushed their sound and message forwards from inception back in 1976 and have no plans to slow down in 2018.

“The exploration and colonization of other worlds is something we will face in the not so distant future,” adds Vanian on his own work directing the video. “My fervent hope is that we do not take our fears and prejudices with us and repeat the mistakes we have made on our home planet.”

‘Standing On The Edge Of Tomorrow’ is the first serving from Evil Spirits produced by another legend from pop’s golden age – Tony Visconti, whose production on innumerable classic albums by David Bowie, T-Rex and more, mark him not only as a master of his craft, but a perfect match for The Damned. Recorded in nine days flat, it’s an album bursting with messages, melodies, with scarcely a second of airtime wasted.

Evil Spirits will be available on digital download via Spotify and i-Tunes, on CD and 180g vinyl available to pre-order now from thedamned.lnk.to/evilspirits.