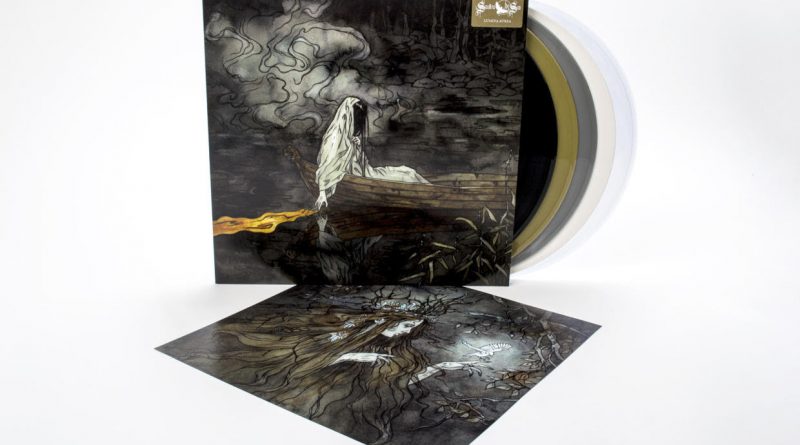 SWALLOW THE SUN release video and single for „Lumina Aurea“

According to Juha Raivio “Lumina Aurea” (featuring Wardruna’s Einar Selvik and The Foreshadowing’s Marco I. Benevento) marks the band’s darkest and most sinister piece of music the band has ever released.

“‘Lumina Aurea’ is a song I would never want to write in my life,” Raivio says. “It is an open, bleeding black wound from the last two and half years of my life. But I had to write it out. I could not back down from it. The way I wrote and recorded ‘Lumina Aurea’ was so rough emotionally and physically that I think I will never talk about it public. I know this road will go on forever as a part of me, but I have also made a peace with it—that I will never have peace with it. And that the life and the journey here must still go on for a while for those of us remaining. I knew that if I would go any deeper on that road with the album as I did with ‘Lumina Aurea,’ the path would not end well. So, I quickly realized that instead I will write an album that will manifest loud and clear that after all, ‘Love is always stronger than death.’ I wanted to find that angle for ‘When A Shadow Is Forced into the Light’. This album is like a weapon for myself. A burning light, a burning torch. Victorious and proud.”

Aapo Lahtela & Vesa Ranta at Kaira Films accomplished to visualize the atmosphere of “Lumina Aurea” in a stunning video clip.

“The idea for this short-film like music video came from Juha Raivio and we tweaked the idea a bit to make the story fit into the beautiful landscapes we were going to film it in. The video has been filmed in several locations around Northern Finland and Lappland. We would like to leave the meaning of the story a bit open and to let everyone watching it to make their own conclusions and let their imagination flow. As obvious, things such as grief, torment and even love are present through the video. This is pretty much all we would like to open about it. Some kind of mysticism there definitely is. It was a great pleasure for us to get work with this project, since the song has such a meaning for Juha,” stats Ranta.

You can watch the video for “Lumina Aurea” below:

The Brazilian black metal underground stalwarts of MYSTIFIER are now premiering the first track of their new full length ‘Protogoni Mavri Magiki Dynasteia’, which will be released on March 8th 2019. The first offering named “Weighing Heart Ceremony” is now streaming below:

MYSTIFIER comment on the track: “After 17 years of hiatus, Mystifier return with a new album demonstrating all devotion to the underground black metal that runs in our distorted veins, over a 30 year career. It’s our way of thanking all of our followers for all these years of extreme music support. There are no words to describe the role of everyone who was part of our story. There is much to come in the near future… Let’s open wide the gates for the Black Magick Dynasty”.

Norwegian Progressive Rock Band 22 is releasing their new single“Sylphs” today. It’s the third new song taken from the double album “You Are Creating”, which was released on 23 November via Long Branch Records and Indie Recordings (Nordics).
Watch the video for “Sylphs” here:

Guitarist Magnus Børmark about “Sylphs”:
“This is a very literal song about dreams and ambitions, how toxic it is to go about with dreams in your head about what you want to do and how you want the world to be, but at the same time not doing any action in the direction of your dreams. If your inner world is at constant conflict with what you are actually doing, then maybe it is better to let those dreams go, so as to accept and align to on the inside what you are actually doing on the outside. Then at least your inner and outer worlds are coherent, and from there you can start dreaming new dreams again.

The video is chapter 3 of our YOU ARE CREATING film quadrilogy, were we follow the robot HAL22000 and his human friend AKIRA on their ventures in a parallell post-cataclysmic universe. All of these videos are shot in MALM, an old abandonded mine in rural Norway, where there are buildings and an industrial area that have not been touched since the 60’s. Sylphs is shot in the old laboratory in Malm, with old pyrex glasses,tubes, scalpels, bottles of chemicals and stuffed animals. All props (including our marching band uniforms) used are real actual items from the lab. We follow AKIRA as he needs to get some scanner nodes to build a device to digitize himself and be with HAL22000 in the digital realms. He then ends up at dr Commodaro’s freaky ectypes workshop.”