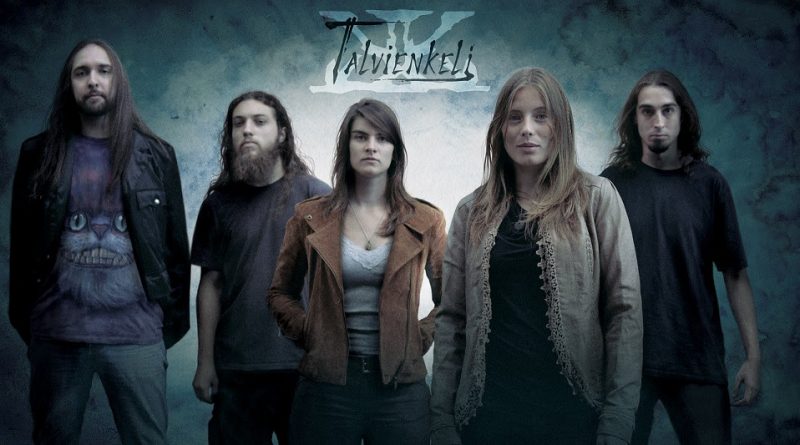 French symphonic progressive metal act Talvienkeli are proud to present the official video for the song “Scream-Her”, taken from their debut album “Hybris” out via Wormholedeath.

The band stated:
“HEY ! We promised huge stuff for fall… And here you go ! This is the video for “Scream-Her” from our album “Hybris”, released last spring ! A BIG thanks to the team from Victory Shot for their amazing work and to the Hôtel-Dieu of Louhans who welcomed us ! Go and visit it, it’s wonderful!”

weden based blues rockers BLUES PILLS have announced to release their first ever DVD/Blu Ray, entitled »Lady In Gold Live In Paris«, on November 3, 2017. See cover below this message.

The release features the band sold out performance at Le Trianon in Paris, France on October 30, 2016 in front of 1.200 euphoric fans.

Now the band release their performance of the song ‘Bliss’ from said release. Watch it below:

IMPUREZA are streaming a new flamenco death metal track taken from their forthcoming album, ‘La Caída de Tonatiuh’, which has been scheduled for release on November 10th.

The French-Spanish innovators are premiering their song “Abre-Aguas (En la Tormenta de Tlaloc)” at the link below, which may be immediately published.

IMPUREZA comment: “Across the seas, the rain god Tlaloc brought a storm and the navigation got harder. The curse has spread to the ship’s crew and the damned souls of the conquistadors fell into torment. Some suffered dementia, but for most of them, death was their final punishment. The nightmare lasted for days, without any food or water, and the sailors began feeding on the bodies of the dead. Darkness overwhelmed the caravel, and Tlaloc’s arms kept trying to destroy the unsinkable boat. The cannibals ran out of blood. Land is close… Now the conquest can begin!”