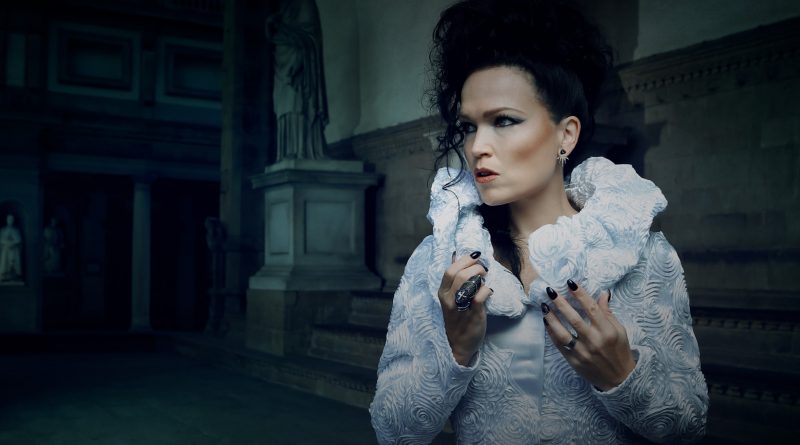 Tarja reveals the third single from her brand new live-art-album & video “Act II”. The enchanting live version of “Victim Of Ritual” stems from the bombastic live performance at Woodstock,
Poland.

Having a capacity for 700,000 people, Woodstock remains one of the most iconic and gigantic festivals today. The powerful vibrations of thousands of fans coming together to celebrate
their favourite musical heroes was perfectly captured during this very special Tarja performance. With its flow of range and variance “Victim of Ritual” once again shows why the singer is one of
the most renowned Symphonic Metal artists. The song, originally from her worldwide chart success “Colours In The Dark”, gives a powerful taste of the forthcoming live release and can be
found exclusively as bonus material on the mediabook of “Act II”.

The official live video is now available below:

“Act II” is going to be released on July 27 th , 2018 on earMUSIC as 2CD digipak, 3LP Gatefold (180g, black), 2DVD, Blu-ray, Limited Mediabook 2CD+2BD (incl. two full live shows filmed at Woodstock Festival in Poland and Hellfest in France as bonus) and Digital. A wide variety of exclusive, limited fan items and bundles can be found on Tarja’s official webshop:https://tarja.tmstor.es

The track comes from their latest album »Anticult«, which was released July 7, 2017 via Nuclear Blast Records. The clip was directed by Lukasz Jaszak, who previously directed the music video for ‘Never‘ and created the cover art for DECAPITATED‘s 3 most recent albums.

Hadal Maw are today unleashing “White Elephant” – their brand new cut from forthcoming EP Charlatan. The crushing new single is the second cut from the EP, following the release of Idolatry a few weeks ago. The EP is available for pre-order now at www.hadalmaw.com and will be released into the world on Friday August 3. They will be out on tour alongside Psycroptic and Archspire from August 16.

Since their inception in 2010, Hadal Maw have fast procured a stature as a benchmark for creating new perspectives on heavy music.

Moving forward with their overwhelming, wall of sound approach, the band has imported elements from black metal, sludge and noise to engineer a considerably darker and denser approach than previously known. Teaming up this time with Troy McCosker (Ne Obliviscaris, Vipassi) the production is a swift departure from the tight, clean cut veneer of “Olm”, opting for a raw, livelier, unforgiving and sludgy morass, designed to pull the unwilling participant into an abyss.

Guitarist for the decimatingly heavy outfit, Ben Boyle said that “This release represents a breath of new life in the band – we approached Charlatan with a no holds barred passion and a new found aggression. In doing so, we captured an intensity that was almost cathartic in how it differed from the previous albums – in the process and in the aspired outcome. It’s raw, chaotic, and showcases the strongest points of the band and our individual styles. Each piece of the puzzle came together this time to form a unified and consistent vision, which demonstrates the strength of the current line-up. It is the purest representation of the band to date, and we couldn’t be more proud of what we accomplished.”

Hadal Maw have shared the stage with the likes of Decapitated, Suffocation, Ne Obliviscaris,Psycroptic, Beyond Creation, King Parrot, Aborted and many more.

Hadal Maw’s EP Charlatan will be released on Friday August 3 at all good online outlets and available now for physical pre-order at www.hadalmaw.com.