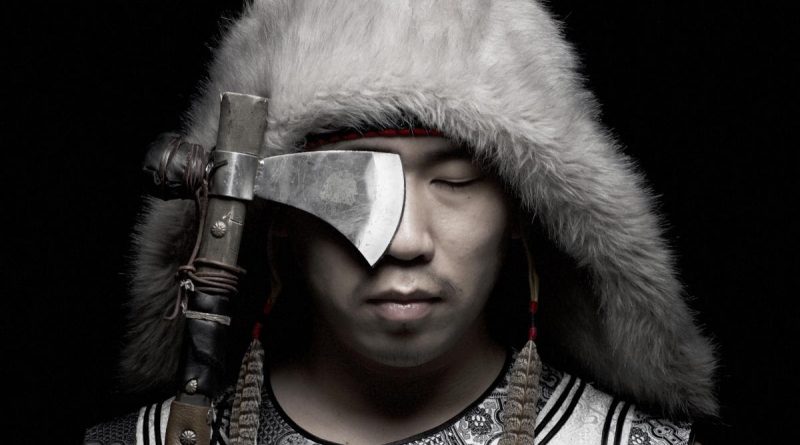 After their split up right after the release of the latest album Cian Bi in February 2018, TENGGER CAVALRY have gathered their forces and return with a big bang. The Nomadic Folk Metal pioneers led by mastermind Nature have renewed completely and strike back with their new single “Heart,” which is available as the regular 13-minute version and as a shortened radio and music video edit as bonus track.

Nature about the new single:
“It is a long 13 min track featuring multiple nomadic folk artists from China and few amazing American musicians. As the song title suggests, it is a song dedicated to all of my fans who put their hearts into what they truly love and believe.”

Nature about the regroupment of TENGGER CAVALRY:
“After a long break, it is great to feel like creating what I love again. Moreover I am more than grateful to have all the band members, friends, fans and ppl around me to give a support for relaunching the band. It is more than a passion. It is a cultural project that I intend to share with everyone and I will do my best to keep on going. Last but not least, I want to thank Napalm Records for believing in me and giving me time to heal even when I was in my darkest hours.”

It’s a tribute to the diversity and creativity of the metal genre that a band can still come up with a totally new inspiration for their music. Such a band is MONGOL!

Hailing from Edmonton, Alberta, MONGOL’s folk metal is inspired by the ancient Mongolian Empire, which was the largest land empire in history, at various times it included China, Korea, Mongolia, Persia (now Iran), Turkestan, and Armenia. It also included parts of Burma, Vietnam, Thailand, and Russia. This Empire increased contacts between people; and enabled the introduction of such innovations as paper, the compass and gunpowder. It is no exaggeration to say the Mongolian Empire helped shape the modern world.

Now, MONGOL stand poised to unleash their latest album ‘The Return’, inspired by an ancient Mongolian prophecy of the return of Genghis Khan, Lord of All the People Dwelling in Felt Tents, from his grave. In the album, on seeing the sorry state of the world today, Genghis seeks to remake it as the New World Khanate.

As he explains. “We derived the band name, Mongol, from the fierce warriors of the Mongolian Steppe. To draw inspiration we have watched Mongolian films and read their oldest text “The Secret History of the Mongols” and other source material. In addition to this we have traveled to Mongolia and spent some time there, which was a great wellspring of inspiration.”

Live, MONGOL resembles the warriors that inspired them, “bringing a unique energy to the stage that showcases our vast spanning sound perfectly. When the crowd isn’t banging their heads to one of our heavier songs, they are dancing joyously or clinking their beers with brethren in the mosh pit, singing along to catchy melodic choruses!”

“The Return” is due out via Sliptrick Records on October 5th, 2018.

The Apocalypse Blues Revue are back with a new track from their upcoming album, The Shape Of Blues To Come, out on July 20th 2018 via Provogue/Mascot Label Group.

Here’s what drummer Shannon Larkin has to say about the new track:
“Lyrically, the idea for Nobody Rides For Free was written when we saw a hitchhiker on our first tour (a rare sighting in this day and age), and we started reminiscing about the days when we would hitchhike back in the day without a second thought. The only reason to hitchhike was because you didn’t have a car, so most folks were doing out of necessity, and back then it was the old unspoken rule that some kind of payment would be expected, hence the saying “ass, cash, or grass”.

Musically I wanted to emulate the Chicago blues upbeat and seamlessly drop into a Texas shuffle, and showcase some of Tony’s jazzy blues licks, as well as a nod to Pink Floyd in the front end of the lead section. In the end, it came together smoothly and is one of the most fun songs to perform live.”

This is more than a side project, “We’re very excited about this second record. I’ve never seen four wills join so strongly with one intent as I have in this band. That’s something special,” affirms Larkin.

Sonically, The Shape Of Blues To Come covers a lot of ground, from the traditional blues changes of “Sincere” to the more cerebral textures found on the Floydian “What A Way To Go” with Rombolo’s evocative late night Strat tones, Larkin’s soft, musical touch on the drums, sweet background choirs, and Cerbone’s sung-spoken recitation of “What a way to go, when the wind’s never at your back.” “Open Spaces”, which opens the album with a nod to Jimi’s blues, then gradually ups the ante as the band’s rock blood begins to boil and cast about with heavily flanged guitars and vocals is an ideal way to get a panoramic view of what is to come. The beauty lies in the fact that this band has been six years in the making, and while the album lies rooted in very traditional blues structures and sounds, Rombola, Larkin, and Carpenter’s rock roots do shine through. The album’s closing number, “Noumenal Blues” finds Cerbone duet with Nancy Koerner, whose silky tones match Ray’s earthy baritone alongside Carpenter’s languidly loping bass line and some fingerpicked acoustic guitar before Larkin, Carpenter, and Rombola put the record to sleep with a bit of unabashed rock.

Six years in, and it feels like The Apocalypse Blues Revue is just getting started….