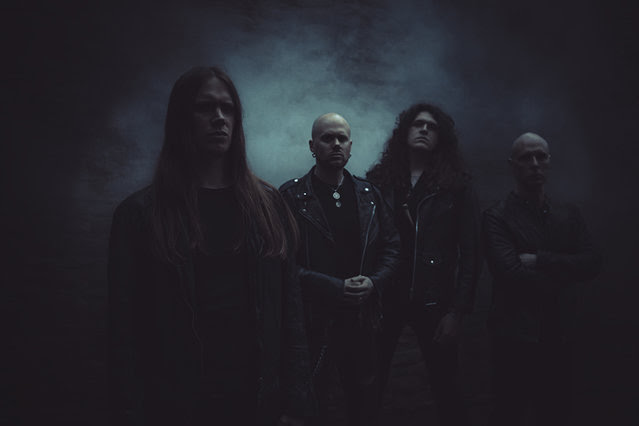 With their melodic black/death metal, THE SPIRIT have already made waves in the European underground scene and with their self-released debut album »Sounds From The Vortex« being strictly limited and nearly sold out on their homepage, the band is now reissuing their icy black / death metal chimera through Nuclear Blast on August 10th. The seven virtuosic tracks of the quartet hailing from Saarbrücken, Germany, freshly revive the past of the genre and immediately induce nostalgia with their clashing melodies and authenticly rough sound.

Now, the band is presenting a lyric video to their first single ‘The Clouds Of Damnation’, a 7-minute burst of unfiltered emotions. Watch the clip here:

»Sounds From The Vortex« is now available for pre-order as CD, LP (black and clear) and download. Get the version of your choice here:
http://nblast.de/TheSpiritSFTV

NYHC kings MADBALL unleash their new album »For The Cause« today via Nuclear Blast! In support of the release, they also unveil the brand new single, ‘The Fog’ featuring Tim Armstrong of RANCID, including the official music video for the song, here:

Get »For The Cause« in various formats now here: http://nblast.de/MadballForTheCause

The track ‘Battle In Winter’ tells an epic fantasy story of elves and war. The third song and culmination of the Winter Trilogy, the piece brings the thematic elements to a cinematic conclusion. With huge sweeping strings, massive orchestral percussions, and atmospheric choirs, ‘Battle In Winter’ exemplifies the feel of the soon-to-release (July 6th) album as a whole. Perhaps one of Matt Barlows finest and most emotive vocal performances ever, showcasing his power, range, and emotion in ways that only he can.