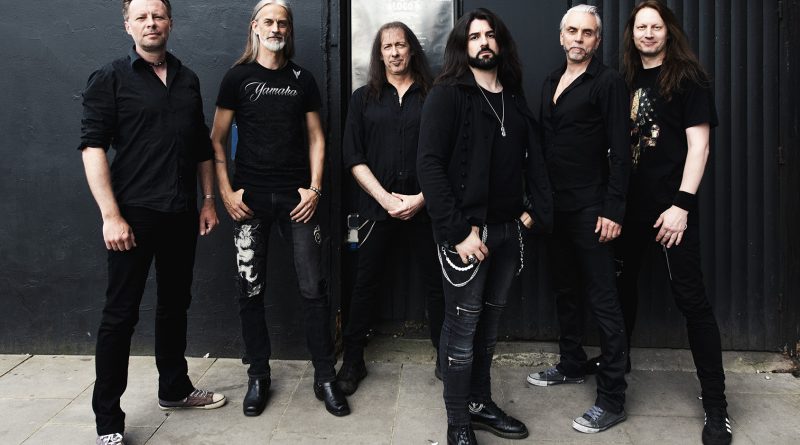 German-Italian melodic metal act THE UNITY release their second single and video for the song “The Storm” today. The song is taken from the forthcoming studio album “Rise”. You can see the video below:

Drummer Michael Ehre says: ” “Full of joy and pride we present “The Storm”, the second single and the first official videoclip from our brandnew album “Rise”. The song is the perfect example for what our music is all about: energy and melody. We hope that you have as much fun watching as we had shooting the clip!”

ARSIS shines as a standout in the technical, melodic death metal genre. The Virginia Beach-based quartet derived its name from the musical term “arsis and thesis”, in which “arsis” refers to the unaccented part of a measure. The name’s origin comes as no surprise, considering co-founder’s James Malone‘s classical education in music (James‘ a skilled violinist and a composition major), which in turn ads a whole new layer to the way in which ARSIS sounds. And the sound is powerful. ARSIS makes death metal that is righteously tinged with black & thrash influences, but is completely dedicated to expanding the reaches of melodicism and technicality in the genre. “Visitant”, the band’s sixth studio album, offers a glimpse at a band in its peak form; the same band which recorded 2013’s, Billboard-charting “Unwelcome”, featuring The Black Dahlia Murder guitarist Brandon Ellis.

ARSIS commented on “Visitant”: “With a meticulous attention to detail and hooks, we feel as though we have created our most honest and dark record to date”.

Guitarist & vocalist James Malone elaborates: “I wanted to do something different with the lyrical themes for this album and it was just a natural move to incorporate a passion for horror into Visitant. As I was doing my part of the writing I tried to capture the tone and atmosphere of some of my favorite films (Silver Bullet, From Beyond, Prince Of Darkness). It was a very satisfying and fun album to write and I think it might be what fans consider a ‘worthy follow-up’ to A Diamond For Disease”. On the first single and its video, James added: “Tricking the Gods is inspired by my love of werewolf movies, specifically Stephen King’s Silver Bullet. I really liked the idea that everyone in the town was looking for this beast and it turned out to be the person they least expected: the minister. That blurred line between good and evil, heaven and hell made perfect song writing fuel”.

Spanish badass rockers LIZZIES have just announced the premiere of their latest and powerful video, “No Law City”. An extraordinary rocker vision of how to kick no desirable people´s asses. Pure power, fury and hard rock straight to your ears. Watch your back cause Lizzies´s coming for you! You could be the next one! This is “No Law City”!

The band comments: “No Law City is the questionable place where we set our headquarters. There’s where we play pool, write and listen to music up to 11. But city nights can be dangerous if wandering alone… This time we will have to face some villains”

Last week the band started the pre-order of their second album ‘On Thin Ice’. Lizzies left us green with envy with their first single “Final Sentence” and now, they bring us the chance to pre-order this awesome album!

Pre-order: https://www.lacasadeldisco.es/lizzies/
‘On Thin Ice’ will be release on October 5th via The Sign Records. Hurry up and get your copy! Don´t be the last in line!