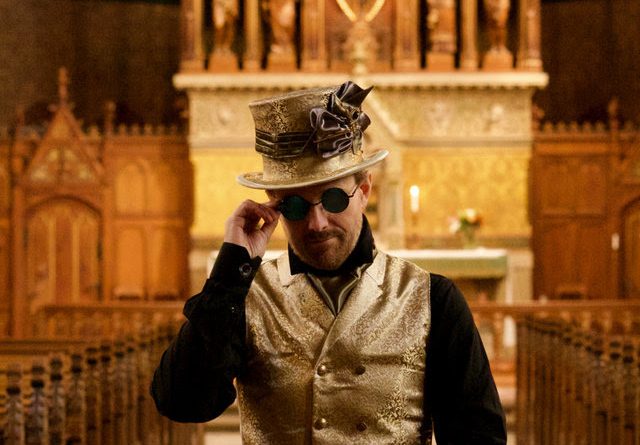 For 15 years THERION‘s leader, Christofer Johnsson, was haunted by the desire to compose an opera and turn his vision of the opus »Beloved Antichrist« into reality. After long lengths of time involving much commitment, dedication and passion, the project – which includes over three hours of playing time and 27 different vocal roles – was completed and will finally be released on February 9, 2018.
Today the band unveils their first single, the impressive chapter ‘Temple Of New Jerusalem‘ from the second act of the opera. Watch the lyric video here:

HYBORIAN will reissue their 2017 debut ‘Hyborian Vol. I’ as early as on February 23rd, 2018 in order to give this remarkable album finally the deserved international attention. The American stoner metal innovators are offering the hard-boiled track “As Above, So Below” as a video via YouTube below:

Pasung is BELDAM’s second release on Horror Pain Gore Death Productions and their first with new vocalist/lyricist Randall Guidry. The band recently relocated to Seattle, continuing their vision to play skull-crushing, soul-wrenching, paint-peeling Sludge with blackened touches. With influences ranging from Sleep, EyeHateGod, Graves At Sea, The Melvins and Black Sabbath, BELDAM combines a massive wall of guitars, thickened bass tones, bone-rattling drums and harsh vocals featuring lyrics building on the themes of death and despair. Pasung clocks in at 50 minutes of pure, unadulterated American Sludge.
Pasung was recorded at The Bomb Shelter in Nashville, TN, April 5-7, with additional tracking on August 31 and September 1, 2017. The album was engineered and mastered by Drew Carroll who recorded BELDAM’s original 5-song demo in 2015. All guitars and bass on the recording were performed by Grahm Reynolds with the exception of “One from the Stable.” Cullen Wade handled the drums on the entire record. Pasung represents the truest BELDAM. The band focused a significant amount of time on songwriting and pre-production to get the heaviest tones and thickest riffs possible. After parting ways with their original bassist and relocating to Seattle, BELDAM is psyched to release Pasung to the masses and play as many shows as possible in its new Pacific Northwest home.