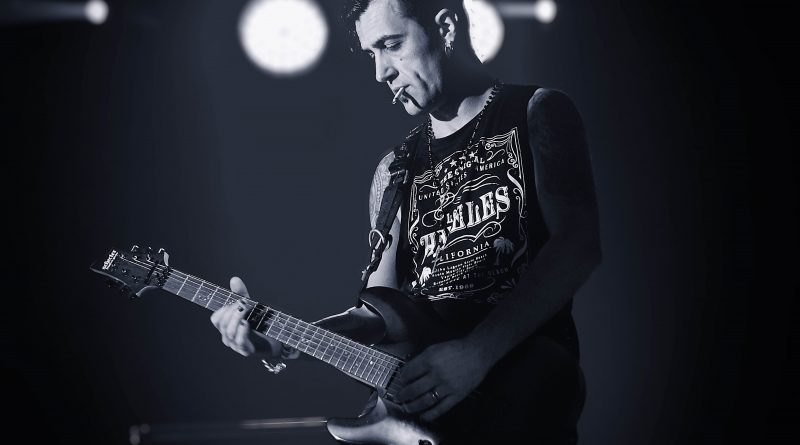 Tó Pica, one of the greatest portuguese guitar players, just premiered a new lyric video of a new song, intitled “Rise”. Counting with vocals sung by David Pais (Sullen) Below you can watch it:

The new album will be released somewhere in 2019

JACK SLAMER – ‘Turn Down The Light’

ACK SLAMER‘s self-titled album will be released on May 3.

The album can be pre-ordered digitally and physically (CD and vinyl) here: http://nblast.de/JSJackSlamer

OCTOBER TIDE release guitar playthrough video for ‘I, The Polluter’

Sweden’s melodic death/doom metal band OCTOBER TIDE release a guitar playthrough video for the first single off their forthcoming album “In Splendor Below”, due out May 17th worldwide via Agonia Records. The playthrough is performed by the band’s guitarists & former Katatonia members, brothers Fredrik and Mattias Norrman. Watch the video at:

With a history tracing back to the epicentre of melodic death metal in Sweden, OCTOBER TIDE have come a long way and have generated a spark that is strongly felt in the energy of the scene. “In Splendor Below” is the latest addition to their vibrant discography of guitar-driven, emotive death/doom metal art. It packs some of the most authentic and unique compositions from the capable hands of founding member and long-time Katatonia guitarist, Fredrik Norrman, his brother and guitarist Mattias Norrman (ex-Katatonia), vocalist Alexander Högbom(Demonical), bassist Johan Jönsegård (Letters From The Colony) and drummer Jonas Sköld (Letters From The Colony / Thenighttimeproject). While Fredrikprefers for the music to speak for itself, he finds the new album “a bit more aggressive, a bit more death metal, and with an overall colder feeling than previous records”.

“In Splendor Below” album was mixed and mastered by Karl Daniel Lidén at Tri-Lamd studios (Bloodbath, Katatonia, Breach, Craft). It was produced by Alexander Backlund from Nailvillage Studio (Thenighttimeproject / Letters From Colony) and OCTOBER TIDE. Tomarum av Christine Linde created the cover artwork.