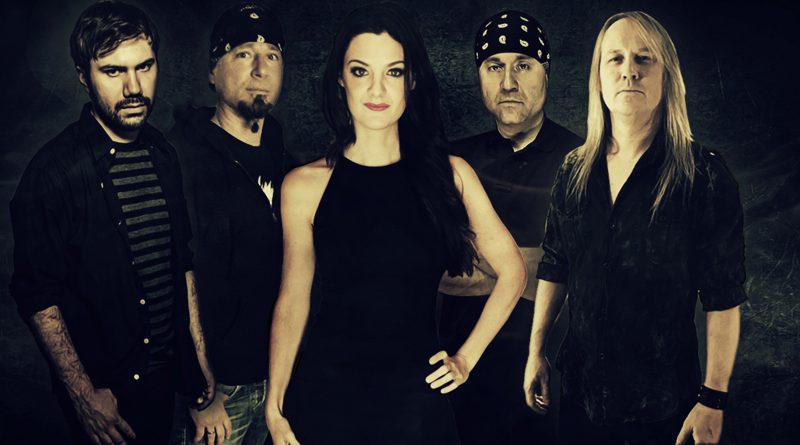 “Our latest single ‘The Tree of Life’ is about hope, we wanted to give the fans a song they can relate to when they have had hard times. From its flowing melodies, powerful choruses, and a nice blend of the instrumental parts. We like to introduce a pleasant listening experience: nice sounds and beautifully executed vocals.”

Watch and listen to “The Tree of Life” below:

Dutch epic death/black metallers BLEEDING GODS will release their upcoming concept album »Dodekathlon« on January 12th, 2018 via Nuclear Blast. The band released their first single ‘From Feast To Beast’ with a crushing music video in November and today, they present their christmas present to all fans: the second single ‘Tripled Anger’ is now also available digitally! The band have also released a stunning lyric video to accompany the release of the song, which features the artwork from the new album. Watch the video by Sebastiaan Spijker, here:

Guitarist Ramon Ploeg comments the song: “We are really proud to launch our second single ‘Tripled Anger’ from the new album »Dodekathlon« upon you! ‘Tripled Anger’ is about stealing the cattle of Geryones. Hercules’ trip went to the hot desert and shot an arrow onto the sun. Apollo, God of the Sun, admired him and helped him. He pierced Geryones’ tripled armour suit with one arrow and one shot. He stole the cattle and brought it back to King Eurystheus. This was Hercules’ 10th labour of the series of 12 (more info see below). Sebastiaan did an awesome job making this lyric video, which also contains some artwork of the booklet in it. The motion artwork is created by The Glitch and he did an amazing job to turn the artwork become alive!”

Surprise! Another new MYSTIC PROPHECY is now available for streaming! This time, it’s the band’s take on Elton John’s “I’m Still Standing” – check it out here:

Well, make it two surprises, actually – because MYSTIC PROPHECY’s cover version of “Shadow On The Wall”, originally by Mike Oldfield, is also available on various streaming platforms like Spotify and Deezer:

The band recently released the official video for “You Keep Me Hangin’ On”, which you may have heard performed by The Supremes or Kim Wilde. Enjoy the video on https://youtu.be/_eurfwIAaUk

MYSTIC PROPHECY’s album “Monuments Uncovered” will be released on January 12, 2018 via Massacre Records, and will also be available as a limited edition digipak with an exclusive bonus track as well as limited edition vinyl LP – get your copy here: https://massacre.lnk.to/monumentsuncovered