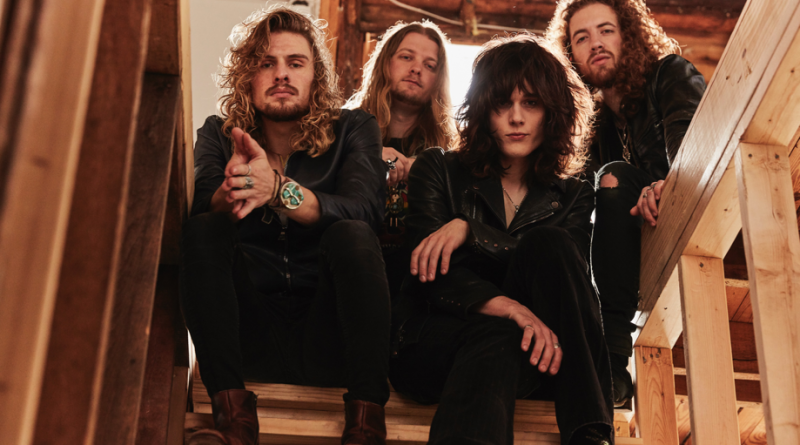 Hugely talented Nashville rockers Tyler Bryant & The Shakedown have rekeased a video for their groove-laden track ‘Backfire’.  Directed by Erik Kaufmann, ‘Backfire’ is the second single to be taken from the Shakedown’s revered self-titled album, out now on Snakefarm Records, following the fiery ‘Heartland’ single…

“‘Backfire’ is a straight-ahead rock ‘n’ roll jam, so we thought it needed a straight-ahead rock ‘n’ roll video,” says vocalist / guitarist Tyler. “There’s no acting, no storyline, just rocking! We kicked around a ton of ideas playing off the lyrics of the song, but eventually we decided to do what we do best – plug in and play. We hope this video captures the kind of energy you’d experience at a Shakedown show.”

SAVE OUR SOULS Posts New Music Video “The Dark Passenger”

Brazil’s SAVE OUR SOULS release their new music video “The Dark Passenger”.  Creating an unique atmosphere by incorporating diverse influences from symphonic to traditional to thrash to prog plus film scores, the single follows their 2015 album “The Others Side” released on Shinigami Records. “The Dark Passenger” was recorded at Monostereo and Dry House studios with the production done by renowned musician/producer Renato Osorio and mixed by Benhur Lima. Mastering was done by Absolute Master. Single artwork done by João Duarte.

“The Dark Passenger” can be viewed below
The video clip was produced by Roman Roads Artist Enabler with direction/editing by Luiz Argimon, art direction by Celso Zanini, colorization by QG Filmz, make-up by Analú Santos and was recorded at RR44 Artistic Complex and Nilton Filho Theater.
For more info:

French progressive metal band Seyminhol just shared their new lyric video from their upcoming album “Ophelian Fields” with release date appointed to the 23th of February . You can watch the video below: