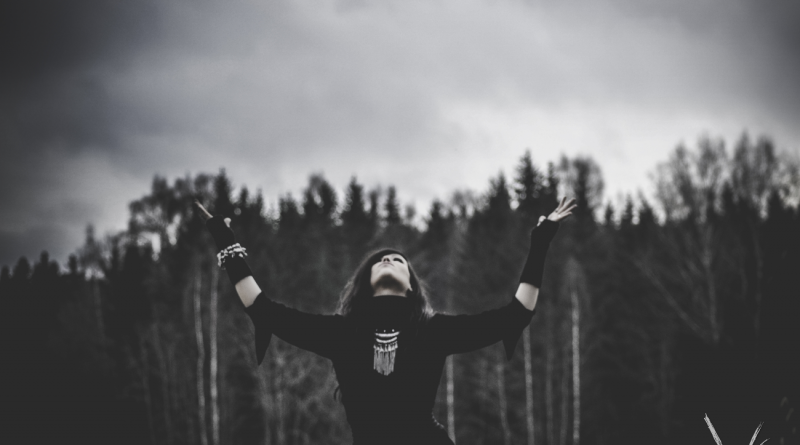 Vermilia is a female artist hailing from Finland who has in “Vedestä Vieraantunut” her first single, a scandinavian pagan metal piece combined with sweet, raw and melancholic vocal harmonies.
“Vedestä Vieraantunut” has officially been released November 13th as a self-released single and it will be available for sale/streaming through all major platforms. The track is taken off from the artist’s forthcoming and yet unnamed debut album and it can be also purchased by “pay what you want method” from Vermilia’s Bandcamp page.
“It’s like a poem, which tells about the alienation of life“, says Vermilia herself

The scifi metal group Coraxo has released a new video and free to download single ‘Retrograde’ off their upcoming album ‘Sol’ due to be released via Snow Wave Records on November 23rd.

Free download of the single is available here:
https://www.snow-wave-records.com/product/coraxo-retrograde-free-single-download/

International free-genre combo The Way Of Purity are proud to present the ambient / orchestra version of “11”. This is a new achievement for the misterious and mystic band in terms of sound and music development. Exploring new musical territories is what makes them fearless, great and unique.
“11” is taken from the band’s latest full-leght “The Majesty Of Your Becoming”, out viaWormholedeath.

“Since we started this project, we have evolved very much… Our music has changed and our activities are more focused towards being a militant group with our Animal Liberation Newswire, and of course, our constant support for all ALF prisoners. In actual fact, we never stopped writing music, we are in the process of making new deals for the 4th full-length album, which we are now starting to write, along with other musicians from all over the world.

This new single release “11” is proof that we are still working on the “music side” of the Way of Purity and that when it comes to music, we are constantly experimenting with new ideas and sounds. In fact, this single is a kind of Orchestra-Ambient song, that was originally featured on our second album, “Equate”. The song has been re-arranged and re-recored as a new track. “11” will be released on 11/11 at 11 am. This number represents the 1 versus 1, God versus man, animals versus humans, humans versus humans (our war), nature versus humans, righteous versus decline, lies versus truth and so on….. “11” represents us, as opposed to everything and everybody else.”

“The Way Of Purity doesn’t show off with smart or cool band members. No names, no fancy photos, no effigy, no trendy musical influences and no nationality. No compromise, no way to talk or get to know us – we are NOTHING. We are a very real and solid message. Most militant bands in the past have reached a superior level of strength through their message and faith. The Way Of Purity is different. The message about God intended as nature (animals and the perfection of their creation) is our faith, but the power for The Way Of Purity is a high level of inspiration, self control, and correction of human errors through the inspiration of the animal perfection.”