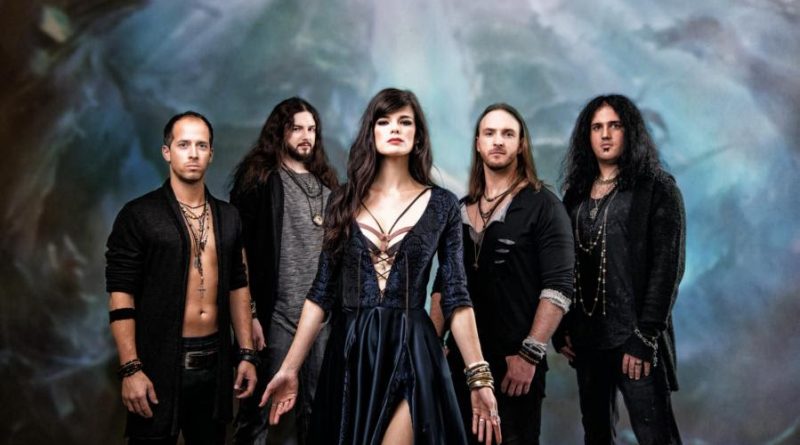 VISIONS OF ATLANTIS – Premiere Music Video For “The Last Home”

After releasing their first three video singles “Return to Lemuria”, “The Silent Mutiny” and the title track of their latest album The Deep & The Dark, VISIONS OF ATLANTIS now premiere the melancholic ballade entitled “The Last Home”.

Classic power metal infusions meet hauntingly beautiful duets between vocalists Clémentine Delauney and Siegfried Samer, embodying the symphonic metal cake: VISIONS OF ATLANTIS‘ brand new album The Deep & The Dark is a true must-have for all genre-fans and beyond. The band showcases all of their musical facets with a breathtaking classic Symphonic Metal album and created their most powerful and perfectly executed magnum opus to date!

Greek black metal outfit LUCIFER’S CHILD release new single “Viva Morte” in anticipation of their recently announced studio album “The Order”, due out November 9th via Agonia Records. “Viva Morte”, the first song to be released off “The Order”, is available for streaming below:

LUCIFER’S CHILD originates from Athens. Its music is a bridge to the world of atmospheric black metal, and a vessel for spiritual self-expression through lyrics. The goal of unifying these two elements gleamed clearly in the eyes of George Emmanuel, a prolific guitarist primarily known for his work as part of Rotting Christ(and a former guitarist of Chaostar), when he formed the band together with bassist Stathis Ridis (a member of another long-running Hellenic metal unit, Nightfall) in 2013. Born from a partnership between two talented musicians, the duo quickly expanded to take in vocalist Marios Dupont (Karma Violens) and drummer Nick Vell (Chaostar), and delivered their debut album, “The Wiccan”, in 2015. Encouraged by the album’s keen reception, followed by several festival appearences (incl. Inferno Festival, Blastfest and Incineration Festival), LUCIFER’S CHILDreturns in a darker, more extreme shade, passionate in outperforming its bold debut.

“The Order” was recorded, mixed and mastered in Emmanuel‘s own recording studio, Pentagram. He commented: “After three years of converging and sculpting our ideas and sounds we are ready to present our second full length album entitled The Order. Lucifer awaits!”.

Eastern Sierra Black/Death Metal quartet VALDUR have released a music video for “Divine Halls of Obscurity: Pt. 1,” the opening track from forthcoming album Goat of Iniquity. Have a look at it below:

VALDUR will release Goat of Iniquity October 19 on Bloody Mountain Records. The band released this statement concerning the forthcoming album:
“Valdur – Goat of Iniquity: another chain of songs containing deep extremities and primitive, suffocating atmospheres.  This is not a continuation of our previous release; this album moves backwards in a far more violent structure and sound; like a deathmetal cassette from 1988.  ‘Goat of Iniquity’ was recorded by us and us alone in the Bloody Mountain Bunker, with no triggers or other redundant studio shortcuts.  Vicious underground metal recorded in a live setting.  Not for trendy ears!  For Valdur, ‘Goat of Iniquity’ is another step deeper into the obscure halls of integrity.”
Track List
1.  Divine Halls of Obscurity: Pt. I
2.  Goat of Iniquity / Devouring the Whore of Darkness
3.  Divine Halls of Obscurity: Pt. II
4.  Spiritual Exhaust (The Beyond)
5.  Inhale the Floodgates Open
6.  (Iniquitous)
Recorded at the Bloody Mountain bunker by Valdur, winter 2018.
Mixed by Matthew at Canyon Lodge studio.
cover art by: FarronLoathing
Mastered by Dan at Morbid Mastering
Goat of Iniquity will be available in digipack format as well as digital download, along with a new t-shirt design exclusive to this release.
www.bloodymountainrecords.com/
bloodymountainrecords.bandcamp.com/
valdur.bandcamp.com/