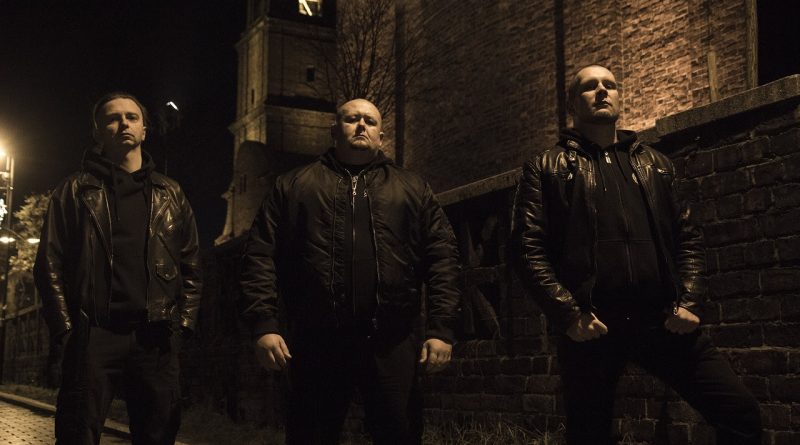 Poland-based extreme metal/hardcore punk band VOIDHANGER has enetered Agonia Records roster, with plans to release a new studio album “Dark Days Of The Soul” on March 2nd. Cover artwork designed by Mentalporn (Behemoth, Origin, Blaze Of Perdition) can be viewed below. Listen to the first single “Death Wish” below:

VOIDHANGER is a blackened death/thrash influenced three-piece of Zyklon(Infernal War), Warcrimer (Infernal War, Iperyt) and Priest (Massemord, Odraza). The band emerged in 2010 with a clear intention of “spreading darkness and negativity through metal music”. Nihilistic and militant in its outcome, “Dark Days Of The Soul” follows suit two previous releases, the debut “Wrathprayers” (2011) and its follow-up “Working Class Misanthropy” (2013), rotating between punk infused cuts, aggressive hardcore, dbeat and “in-your-face” metal – all soaked in anger, bitterness and denial.

Conveying their hard-bitten attitude into words, VOIDHANGER commented: “Expect nothing but razor sharp riffs, hateful vocals and merciless drumming, that will turn your safe space into dust”.

“Dark Days Of The Soul” was recorded, mixed and mastered in No Solace studio with M. of Mgła.

Inspired by artists as diverse as Enslaved, Led Zeppelin, Jethro Tull, Tangerine Dream and Iron Maiden, UNSHINE is described as ‘Finnish druid and folk metal’ by five friends whom all were raised in the countryside villages of Western Finland. With a long history of recording and playing behind them, UNSHINE are super-stoked about the upcoming release of their new album “Astrala” due out January 19, 2018 in Europe and February 9, 2018 in North America via Rockshots Records. The album is inspired by the invisible side of the Earth. The first five album songs address the manifestations of Astrala and the last five songs describe travels to Astrala. The album has a touch of Nordic melancholy written all over it and it includes music meant to create landscapes and themes from folk stories, mythology and nature religions, but also to present personal views describing the spiritual meaning of a forest as a cultural concept. The binding theme here is forest, although this is not a theme album.

As guitarist Harri Hautala says proudly:
“Unshine has always been a band without the traditional role models. For us, the most important thing in a song is the melody. Sounds and rhythms create the overall atmosphere, but the melody makes the whole ancient story in it come to life.”

Nature is the true influence on UNSHINE’s music. Their alpha and omega. Their beginning and end. The modern world may have almost forgotten the ancient ways, but UNSHINE keep them alive in words and music. Creating songs to reunite the old bonds between the dolmen gods and digitised mankind. Nature is not our enemy, it’s our physical and especially spiritual home.

“On this track, we tell the story of a healer preparing for the journey to ASTRALA and this requires purification of soul and body. It is fascinating to think that a modern human could also apply these same methods in most of the everyday activities. If it has worked for thousands of years, why did we forget these ways? This quite heavy song is played in low tuning in order to create the right atmosphere.”

German Riffonauts BLACK SPACE RIDERS have released the official video for “Movements,” a track from forthcoming album Amoretum Vol. 1. Get in on the action below:

Amoretum Vol. 1 will be released on vinyl, CD, and digital formats on January 26. The single can be purchased and the album pre-ordered on all digital platforms, including Bandcamp, as well as at the band shop: www.blackspaceriders.com/shop