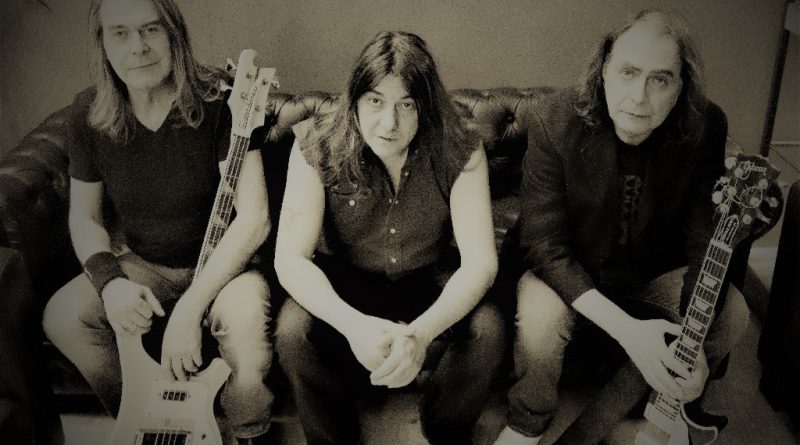 VULCAIN are now premiering the first track taken from their forthcoming new album ‘Vinyle’, which is slated for release on September 28th, 2018.  The title track “Vinyle” is now streaming in  below.

VULCAIN comment: “We were born in the age of vinyl, and luckily the format is still here after almost loosing it forever. By choosing “Vinyle“ as the title for the album and this title track, we want to pay tribute to the format that made us head-bang, feel alive and dream. In this era of streaming and digital downloads, Vulcain wants to show respect to the real rock fans put there!”

After spending years together and months in the studio, He Danced Ivy share an almost psychic bond; Guillotines was created by jamming everything and anything together.

“Guillotines is kind of our Frankenstein’s Monster track. It really naturally fell together with pits and pieces of riffs and ideas that we had lying around,” saidbassist, Mitch.
“And we slapped a big o’l Avril Lavigne chorus in the middle,” said vocalist, David Cheney.
Lyrically, the track takes on a more structured beast; bruised egos and hilarity.
“We thought it would be great to center around the idea of being thrown out of a puband trying to drunkenly explain your way out of a quickly escalating high stakes misunderstanding.,” said guitarist, Sean Rudner.

Eclipse Records is extremely thrilled to announce the signing of veteran Swiss djent-metal pioneers Mycelia to an exclusive, worldwide deal. The band recently wrapped up their fifth full-length album entitled Apex, which was self-produced, and mixed by Joshua Wickman (Oceans Ate Alaska, Within the Ruins, King 810). The album features thirteen intense songs that draw upon on influences ranging from hardcore, metal and djent, to jazz and classic film scores. Apex will be released on October 12, 2018 via Eclipse Records(Mushroomhead, A Breach of Silence, Bobaflex).

“The Eight Milligrams music video was shot in half-time and sped up to create the illusion of having been shot with old-timey, low frame-rate cameras” says drummer Marc Trummer. “The song takes personal anger and puts it against the backdrop of a violent revolution, thereby turning a feeling of individual apathy on its head to fuel a desire for general and abrupt societal change.”