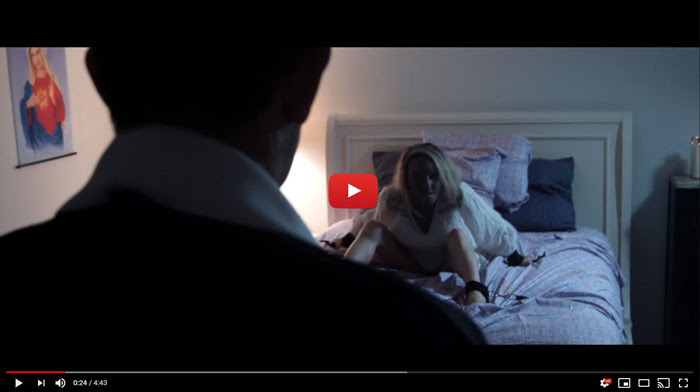 War Of Thrones released “Channeling Demons” video where they pay hommage to the classic horror film “The Exorcist”. The song is taken from their debut album released in 2018 titled “Conflict In Creation”. Below you can see the video in a World Of Metal exclusive.

We all have them inside us, to some extent. Either they ride us or we ride them, but their presence is always felt — demons! Some have them under control, some fight them on a daily basis, and some even succumb to them — at least in a metaphorical way. But what if things got much more literal? What if the bad things inside us suddenly got outside help and found a way to manifest themselves not only through our actions but instead took over completely? Singer Wade Black knows how to find remedy: “No matter what your demon, there’s nothing better than a good ol’ fashioned exorcism to shake things up a bit, lol!”

Channeling Demons portrays exactly that situation, conveying an eerie, haunting atmosphere while at the same time paying homage to one of the great cinematic classics of the 70’s. On some level you know that it’s just pea soup, just as well as you know that it simply must be fake blood. But nonetheless something primal twitches with horror in the back of your brain.
Demonic possessions in cultural works are never autotelic, or in Wade Black’s own words:
“Channeling Demons’ is metaphoric not literal. We all face afflictions. Drug abuse, alcohol or even fear can be a demon of sorts.”