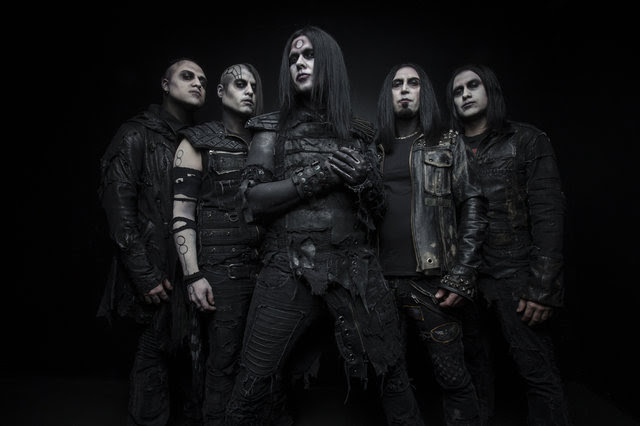 The Duke of Spook, WEDNESDAY 13, has revealed a brand new video for ‘Cadaverous‘, a track taken from his current “Condolences” album. Check it out here:

The clip plays up WEDNESDAY‘s schlocky horror reputation in their best horror B-movie style, as he and his band get ready for their European tour starting in Manchester on October 26th.

WEDNESDAY tells us: “‘Cadaverous’ is the most campy video that we’ve made so far. We really had fun with this one and it’s a throwback to all my spooky TV favourites like The Munsters and The Addams Family. I hope our fans enjoy this as much as we did making it.”

EPHEMERALD release new single “Till the Sea Swallows Us Whole”

ROCKSHOTS Records is proud to present “Till the Sea Swallows Us Whole”, the long awaited second single from Finnish Metal Phenomenon EPHEMERALD. Watch the lyric video below:

In the band’s words “We have been writing one song at a time and guess we are trying to expand our musical horizon every time. Our first single “I Bear Fire” was a really straightforward and catchy song. With this new single “Till the Sea Swallows Us Whole”, we wanted a bit more depth and diversity in the song structure and also added some acoustic guitars”

“All right, come on everybody. Let’s do it one more time!”, singer Simon Moskon belts out into the microphone just before the rocking finale of Ribbon Tied Swing in the brand new live session video by the German progressive rockers of CRYPTEX. The track is taken from the success album Madeleine Effect and the  video they recorded for it is the third and (for now) final part of their Rain Shelter Sessions: