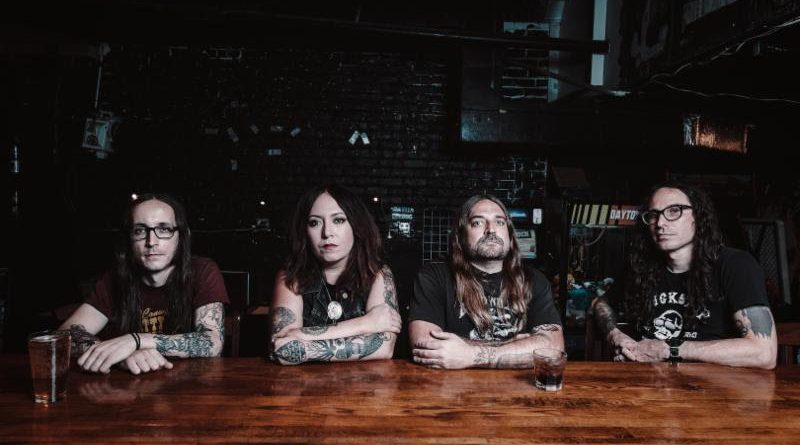 Windhand unveil their new hypnotic video, “First To Die” directed by Philippe Grenade. “The inspiration for the video started with the lyrics, First you die, to be born,” Grenade explains. “I immediately saw the image of a woman suffocated by the crushing anxiety of a metropolis; drowning in the delirium and being forced through some sort of psychedelic death trip and coming out the other side with a new point of view. A psychic death and rebirth. The video expresses anxiety and transformation while honoring the beauty of Windhand’s music.”

Windhand’s highly acclaimed album, Eternal Return, was released late last year on Relapse. The album is a complete life-to-death journey. As unplanned things go, it’s an observation of as well as a reflection on life’s ups and downs, joys and sorrows, beginnings and ends. In recent years, WINDHAND welcomed new life, survived line up changes, and mourned unexpected death. The songs and song ordering are the direct result of those experiences.

Swedish hardcore metal act Through the Noise have revealed a new music video and single for the song “Psychomachia”. The video was directed by Tobias Ohlsson at Night Owl Vision, and features a stunning performance by local Swedish punk vocalist Jahna Lund. Watch it right now below:

“Psychomachia is song about a plea to relinquish bad habits from a disappointed yet ever faithful and hopeful conscience” says vocalist Jowl Nyberg. We tried to capture the essence of the song… a conflict of the soul and the mind of the person in question.” Guitarist Marcus Skantz continues, “when we filmed the video, it was the coldest weekend this winter yet, and without any heat in the house we all where constantly freezing, it was brutal!”

This is the second music video and single from the band’s new sophomore full-length album Dualism which will see a global release on April 12, via Eclipse Records. The album was engineered by Ermin Hamadovic (Periphery, Devin Townsend Project, Architects), mixed by Erik Wiss (Eleine, Creye, To Dust), and mastered by Thomas ‘Plec’ Johansson (Soilwork, Watain, Scar Symmetry) at The Panic Room (Skövde, Sweden). Earlier this year, the band also released a lyric video for the first single “Digital Playground”.

It Came From Beneath premieres new music video”Fading Lights” (feat. Johan from Celeste)

A months after the release of their new album ‘Clair Obscur’ (2018), French modern/deathcore metallers It Came From Beneath just shared an official music video for the single “Fading Lights” (feat. Johan from the French blackened-hardcore terrors Celeste) that you can see below: