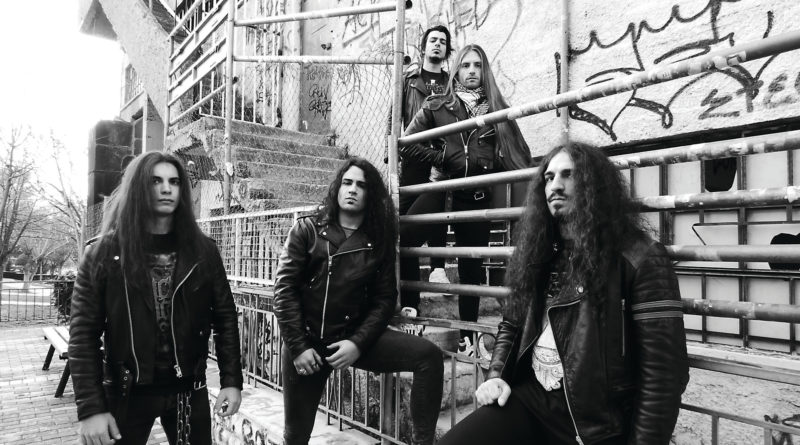 Greek thrash metallers Exarsis have published a new video for the track “General Guardiance”, which is taken off the band’s fourth and upcoming album, “New War Order”, out on October 20th.

The clip was produced by Athina Tousia (http://vimeo.com/athinatousia) and gives a perfect view of what you can expect from the band’s new album: finest classic thrash metal!

“New War Order” was recorded at the D-Studios in Athens and mixed and mastered by Mike Karpathiou. The album contains 10 songs with a playing time of about 40 minutes. From September 23rd Exarsis will be on tour with Onslaught and Artillery, where the album will be already available.

Italian metallers VEINS have just released the brand new video of the song “UNTIL DAWN” taken from their debut album “Innocence”:

VEINS is a death metal band based out of Rome, Italy, and the debut album “INNOCENCE” was released worldwide on June 16, 2017 via EXTREME METAL MUSIC/Rockshots Records.

About six months after unveiling the official music video of its eponymous single, still available through their own YouTube channel or the Blank TV channel, Swiss metallers Peace Is Just A Break aka PIJAB (modern/melodic death-metal) just unleashed a brand new audio/video excerpt from its upcoming album with the lyric-video of the song “A Hate So Strong” available right now below

As announced previously the release of their long-awaited debut full-length album ‘Little Boy’ is still planned planned for physical/digital formats on October 13th while the pre-orders are opened right now on iTunes or Amazon.

In other news, the previous single by the band, “Echoes”, digitally released on 2015, is still available for Free stream/download on Bandcamp.