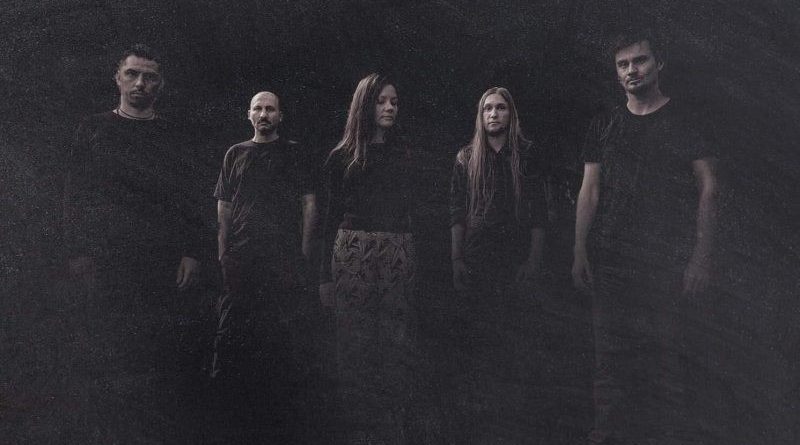 An amazing Dark/Jazz Black Metal opus is coming out from Romania in a few days. Katharos XIII ’s ‘Palindrome’ is band’s follow up of their 2017’s ‘Negativity’ full length. Label has already published 2 out of 5 total tracks of the record as this is in Pre-Order Status. Both of them are available on their official BandCamp. Palindrome is a mix of darkness and moonlight burden blended with those HUGE mystery female vocals that can be your guide to void for sure. Surprisingly one of the greatest comeouts for 2019 yet. Check it out.

Simple things first – where are you from?

We are based in Timisoara, a multicultural city in the Western part of Romania at the border with Serbia and Hungry.

How long have you been playing as a band?

Before you get sick of being asked… where does the band name come from?

We have a fascination for Cathars and their weird doctrine about this world, we have read many books about their heretic behavior, and their major development was in the XIII century, so this is the link between the two entities of our name; “katharoi” means in Greek “the pure ones” so it has this complex approach to find the truth for yourself and inner self, and this represent very well the whole idea behind the band.

What are your influences? Describe your music. What makes you unique?

The sound emerges from dark chambers of human psyche, questions and deep melancholy into black chords, a truly unique combination of different layers and influences…personal experiences (all kinds of abuse, paranoia, severe depressions), strange stories, movies (Peter Greenaway, David Lynch, Lars von Trier), books (Mircea Cartarescu, Gustav Meyrink, Umberto Eco, Hermann Hesse, Ernesto Sabato, Giovanni Papini) and of course no one can deny the musical field (Dead Can Dance, Bohren &der Club of Gore, Canaan, Dolorian, Ras Algethi, Unholy, Godspeed You! Black Emperor, Decoryah, The Kilimanjaro Darkjazz Ensemble, Madrugada). These are the contributors and stimulate the project to express in their own way and releasing the dark mesmerizing feelings they encounter. No one pretends total independence/originality in today’s world even if it lives like we do, in total seclusion, away from modern conversions.

Do you have any particular lyrical themes?

We explore themes about introspective dimension of loneliness, phantasms of corrupted dreams, fog upon the morning waters, terrible impulses of self-inflicting metaphorical pain; it is a sociopathic desire of escaping the urban dark city, existential questions, primal elements of nature and how are interacting with human behavior.

What is your musical equipment (Let me know if there is any kind of endorsement here) ?

We are very gear-whores and we use too many equipment to be mentioned here, but in short  F. endorses and uses exclusively Framus electric guitars. Also analog and digital tools like Orange Th30, Peavey 6505+, H&T Triamp I, Fractal AX8 and pedals from Strymon, Eventide, TC Electronic, Line 6, MXR, Voodoo Lab…to name only a few in his vast collection…Peter, the bass player uses Hartke and Ashdown amplification and uses also a lot of pedals like EBS, Eventide, TC Electronic, Seymour Duncan, Fulltone etc. Sabat uses a strange combination between Roland electronic drums and traditional acoustic Gretsch with Sabian cymbals. Manuela uses Sure Sm58 and a TC Helicon and Alex Iovan a Thomann saxophone with a TC G-major rack reverb.

What, if anything, are you plugging/promoting at the moment?

The release of our latest material Palindrome. It is a rather different story because of the tools we used to express our feelings but the essence is still there as we evolved like individuals evolve on this journey we are programmed to walk on Earth, and everything became more complex, subtle, with nuances in our interpretation.

To promote Palindrome, to debate if we will play live and to work on two tracks that we have to see if this path goes somewhere or it’s a dead end and start composing something different.
If you were second on a three-band bill, which band would you love to be supporting and which band would you choose to open for you? A chance to plug someone you’ve toured with, or a mate’s band we’ve not heard of before!

All Katharos XIII members have different projects so it will became a festival to name them all, because they deserve the attention of the public; so maybe we will choose another project from our city that is very interesting: Nu & Apa Neagra…an experimental music with introspective and shamanic feeling…as for the headliner…yes, we dream big: Dead Can Dance, no doubt our biggest influence and now they started to play live again so you never know!