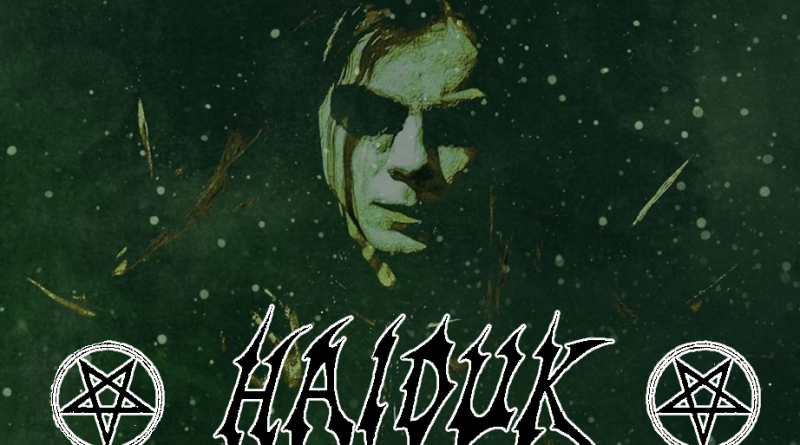 World of Metal is always lurking, on the prowl for some new sound. Despite Haiduk is not a new band to us and its latest album “Exomancer” was released on 2018, they manage to stay low on many people’s radar… until now. A great mix between melodic death and black metal that really sounds fresh to our ears. We had to have a little chat with Mr. Luka Milojica, the man himself, the mastermind behind Haiduk. Here’s what we got.

Hello Luka and welcome to our World Of Metal. We know that “Exomancer” was released last year but it only reached us now. Now that has passed this amount of time between the release and the album, how do you feel it? Still proud of it?

Absolutely. ‘Exomancer’ has a strange, cosmic aura. As time passes I get more removed from that state of mind, so going back and listeningto it recreates that feeling and escape.

Being an one-man band did you feel throughout your career to use other musicians in the creative process?

No. I see it like an author writing a book. The author has a concept and brings it to life.

In that sense, do you feel that it could beneficial to have a producer so that you could bring outside hears to the mix?

A good producer who understands your vision can improve the recording. But if they don’t understand it, they can miss the mark. Unlike a band, a solo project is a personal expression from artist to listener. The fewer people involved, the better.

We know it’s not easy to support our passions, even more when you’re alone. What would you point out are the major difficulties you face when you’re writing, recording and producing a record?

I believe in what I’m doing so any task that serves my goal is viewed as beneficial and worthy, not difficult.

“Exomancer” is a step forward compared to the sophomore album. Do you think that it’s important to have something new and fresh to show? Is that what also makes it interesting as a composer and musician?

It makes it more interesting to do something different but it’s important to stay true to your sound and true to metal.

We know that you have a deep love for fantasy and that realm is what fuels Haiduk’s imagery and lyrics. When you’re writing, what do you think first, the concept for the album or song? Or do you do the music first and then try to bring the lyrical part alive?

First the album concept, then music is written in that vein, then the lyrics.

You do things DIY way, do you think it’s the best way to do stuff nowadays in the music business? It’s how Haiduk will continue to operate?

It’s the best way for me and that’s how I’ll continue. For every band it’s different.

You won’t do tours but you do loose shows, here and there. How do you compare the two sides, play live and writing/recording? Which one you prefer?

I prefer to create new things so I focus more on writing and recording.