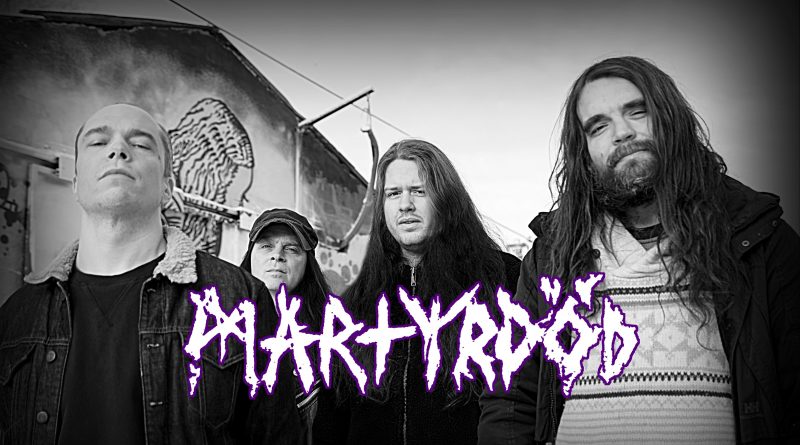 Martyrdöd are true veterans on the heavy swedish scene, bringing to the table a addictive mix of crust punk, hardcore and metal filled with those scandinavian melodies trademarks that we all love. Their seventh full length is already here, and World Of Metal got in touch with Jens Bäckelin, Martyrdöd’s drummer and we talked about “Hexhammaren” and many other things that you can check below

Hello Jens and welcome to our World Of Metal. “Hexhammaren” is quite addictive… now that you’ve finished recording it, do you feel the need to take a break of all these new songs or are you as well addicted? I wouldn’t be surprised if you were…

It would actually be great to play the songs live. Since Mikael writes all the riffs and most of the song arrangements I’m usually in a position closer to a fan than a creator. I wouldn’t say addicted to the songs but I definately enjoy both listening to and playing them.

The fact this is the first album for Century Media changed anything in your M.O.? Did you felt any additional pressure for this one?

Nope. All the same as before. We’ve allways had respect for the songs and album regardless of partership with labels.

How deep was the impact of seeing Pontus leave Martyrdöd?

We separated in very good standing. The biggest impact was the fact we hardly get to see each other anymore not being band mates and living in different cities.

The music that we can listen here, was all written after the change from Tim to bass and the coming of Daniel Ekeroth to the guitars or was there anything that was older than that?

The music was written over a longer period of time. Some songs and riffs date back before Elddop. The line up change didn’t affect the writing process at all.

How were the recordings in Fredman? It’s almost a second home for you guys, no?

It was short and efficient as usual. We actually kept the core tracking work limited to daytime and had more chill recovery at night compared to previous sessions. We added a couple of days studio time and tried to minimize stress. It all went as planned.

The press release states that this album is a mix of metal, raw hardcore, punk crust and the unique touch of nordic melodies and that is really what you can find on this album. Do you agree that there’s something of very nordic in your sound? Classic scandinavian punk/crust vibe and classic scandinavian lead guitar melodies?

Yes. There’re hints of licks and melodies that you can relate to nordic folk music. I think you can find that color of harmonies in a lot of different contemporary music from Sweden and other scandinavian countries. That’s true for all genres like rock, pop and other styles.

Decades ago it would be impossible to have a sound that joined metal and punk, with fans working as authentic tribes saying that you can’t like metal and you can’t like punk. Nowadays it seems that everything is possible, creatively. Do you feel that kind of freedom with the core of Martyrdöd?

Yes. We never really cared about genre police or labeling our music ourselves. If you go back three decades in the early days of extreme metal that division hadn’t really happened yet. I’m sure the trends will move in cycles just as any other trend and sub culture phenom.

For me personally I’m more influenced by different drummers of all genres. It’s more of a feeling and groove or personal touch that inspires me to develop my style. I’m not looking to a certain music style. It can be progressive rock, doom metal, jazz, blues rock, extreme metal or whatever.

Now that the album is done, ready to take the stages? What have you got planned for promoting “Hexhammaren”?

We’re supposed to go on tour late May in the US with Skeletonwitch but due to family tragedy we cancelled. We’re having a couple fests booked in Europe but other than that we’re probably just taking it easy.

How much of “Hexhammaren” will we be able to see it on stage? Are you eager to play the new songs?