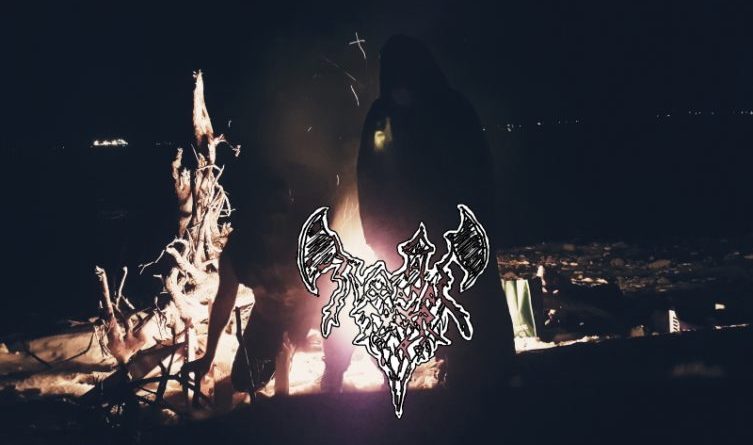 From the cold and desolated lands of Newfoundland and Labrador hails an entity that isolated herself from the human world, creating music under a ritual of freezing death! Recently released by Inferna Profundus Records, “Advance on Weakened Foes” is a compilation of the band’s previous Demos. Nocturnal Prayer enlightened us, at World of Metal, on the Ways of Old. – By Daniel Pinheiro

First and foremost, welcome to World of Metal, it is a pleasure. First off, can you tell us a bit more about Nocturnal Prayer?

Greetings WoM and thanks for the opportunity to share our musings with you! Nocturnal Prayer is everything that sours the mental state of man and stains the moral of the mundane. A love letter to the sickly and sardonic. We partake in the acts of destroying property, hunting wild life, indulging in intoxication, and playing black metal under the guise of night.

Gris, Sorcier des Glaces and Bašmu, are some of the bands that compose the Canadian Black Metal scene (if there is one and if the nomenclature fits). How do you look at your native scene and the impact some names have, abroad?

For how big Canada is geographically there aren’t many black metal bands that really stick out from the crowd. Quebec definitely has the biggest scene but the best bands come from the west. Bands like Blasphemy and Revenge have created their own styles of black metal, ensuring an army of copy cat bands to flock the underground. We are absolutely disconnected from any scene due to our utter isolation. We’ve had one small black metal band come to Newfoundland in the past and that was due to a member having ties here. The only way to travel to the mainland is by plane or driving nine hours from the capital city and then taking another eight hour ferry. Honestly out of the bands you mentioned the only one we’re familiar with is Gris, which is fairly competent in their suicidal craft. Some other Canadian bands we enjoy are Forteresse, Versifist, Svolder, and Ixaxaar Nexia.

The idea of putting together both Demos, came from you or Inferna Profundus Records? Was this the only way to get a hold of said works?

The idea of releasing a compilation album including both demos was sort of a collaborative decision by both us and Inferna Profundus Records. Originally we were only going to release the first demo on vinyl but we happened to be working on a second demo at the time so we decided to include that as well to fill out the record better. The first demo was previously released on cassette by a couple of vastly smaller labels but the second demo is only available physically on Advance on Weakened Foes through I.P.R.

Can you tell me how this “union” to I.P.R., came to be? Are you hoping this means, for example, live appearances in Europe?

We were contacted by I.P.R. who were impressed with the first demo and gave us an offer to release it on vinyl, which we were graciously obliged to accept. We only really planned on releasing demo cassette tapes but the opportunity definitely got us interested in pursuing more with the band. While we aren’t particularly interested in live performances here (besides real private and selective performances), we definitely aren’t opposed to playing elsewhere.

We all know labels are a need, these days. Agree with them, or not, they do exist. Do you place Nocturnal Prayer in the Raw Black Metal wave, that has emerged a few years ago, or do you find labels to be unnecessary?

Labels are great. They’re just organized methods of separating music which makes it easier to describe a sound of a band. Never understood the hate for being labeled. Its fucking convenient as hell. We never even knew their was a specific resurgence in raw black metal within the last few years so that’s pretty convenient for us. Toss us in the disjointed cauldron of chaos in that case.

How would you describe your sound for those that are that acquainted with Black Metal?

Our sound is that of medieval steel scraping across armor and internals vomited through incantations. Its caustic, cavernous, and hysterically frantic with a minute dose of  melancholia.

How was to grow up in Newfoundland and Labrador? Was there a scene? Bands, concerts, fans? How did that inspire you to create Music?

When it comes to metal, and especially black metal, Newfoundland is revolting. The people here either think Nirvana are a punk band or are too busy sucking Sheavy’s dick to do anything original. Emblem and Allagash are fantastic though. Both perfecting heavy metal but executing it very differently. It’s been excruciating finding members to create something worth a damn and it definitely feels like we are in our own little world. In the case of bands from away playing here, it doesn’t happen very often. We’ve had bands like Voivod and Misery Index play here but they are very seldom. Anyway to answer your question, the scene sucks, the bands suck, and the people suck.

One of the biggest names in the Extreme Metal world comes from Canada – Blasphemy. I hear no immediate influence in your sound. Do they had/have in impact on you, as Black Metal musicians?

While we may not seem to have a direct influence from Blasphemy’s patented war metal sound, we definitely have adoration for what they have done. They are one of the greats and their albums are certainly in our rotations. Blasphemy is fucking king.

We absolutely think that the influence of Blasphemy’s albums are still present in the Canadian underground, which you can see in a number of fantastic black/death metal bands such as the likes of Profane Order, Adversarial, and many others.

And talking about influences: what bands/albums influenced you to play Black Metal?

A lot of our influence comes from the 2nd wave of black metal which sprouted in the 90’s which had that low polished sound while creating unsettling melodies and triumphant ballads. Black Murder and other bands from Les Legions Noire, Judas Iscariot, Graveland, and Moonblood are some influences from that era, but we also get inspiration from later bands like Satanic Warmaster and Peste Noire.

In term of message, what do you want to pass on, to the listener, with your lyrics/poems? Is there a more spiritual meaning behind those words?

We wish to paint images of grotesque grandeur and morbid might through our lyrical content. To endorse violence and praise the bilious. To reject the influence of the righteous man and cause some fucking destruction if you want to. We treat our rehearsals as a sort of ritual. When playing, we try to embrace the primal nature that reside in every human being through acts of demolition, self mutilation and using mind altering drugs.

Can I ask what your view of Black metal is? In a World where everything is more and more sterile, is there still a “heart”, to the genre?

That’s a fucking loaded question. Black metal definitely isn’t the same anymore. Its more of a spectacle now rather than a lifestyle. Like watching the latest tv show and laughing with your boring friends at how shocking it is. There are still a lot of people who try to carry the burden of its preservation, but for most we think it has become another hobby for the common person to play around with. I think that’s why we tend to keep to ourselves.

What can we expect from Nocturnal Prayer, for the future?

Right now we are working on some new material which will be announced at a later date. There may be some other endeavors in the works but only time will tell.

Once again, our thanks for the opportunity and your words.

In the midst of modern righteousness we thrive to keep the primordial flame kindled. Praise destruction, uphold dominance, and lay waste to your adversaries. Hail.