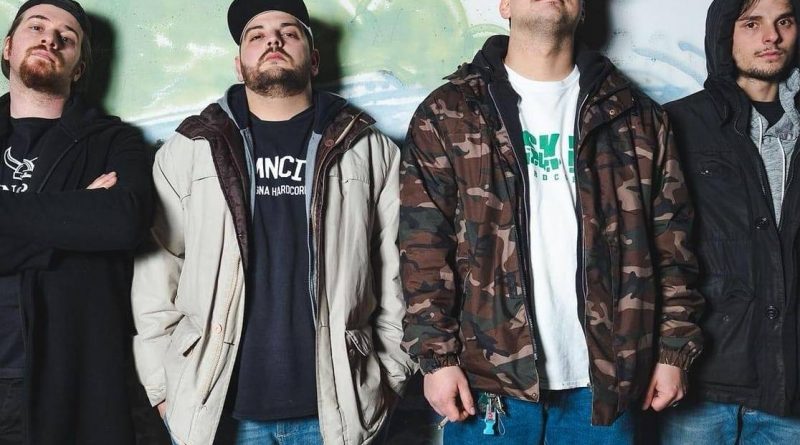 Respect For Zero is Italy’s best kept secret in hardcore. Maybe it won’t stay that way for too long. “My Sacrifice” is a great debut album, and all those who follow Italy’s scene already know this. If you don’t know, here’s the chance you need. World Of Metal chased the guys and here we are with the result. – By Fernando Ferreira

Hello guys and welcome to our World Of Metal. “My Sacrifice” is your debut album and it hits us like a bulldozer. Satisfied of how it turned out the album?

Ciao! Thanks for having us, its a pleasure. Yes, “My Sacrifice” is ourt debut album and we are completely satisfied with it.

Although your clearly are hardcore, you seem to have some metal influences, notable on some guitar licks and riffs. If you would have to define your influences how much percent would it be hardcore and how much would it be metal? And what would you say is your biggest influence?

The sound is really powerful and full. Did you had any prior idea of what you wanted to achieve soundwise? Where did you record it?

Absolutely yes! We really wanted this sound, the search for this sound was strictly felt, and our friend Leandro from “Till Deaf Recordings” (Caserta) gave us are really huge help to find it, he worked very good! We recorded at the Stefano’s Tavern, Leandro brought all the stuff from his studio and the tavern became our house for a week.

“Earthquake” bring us a more melodic and diverse approach that you weren’t afraid to explore. Did you try to restrained yourselves when you were writing? Like “we can’t use this, this isn’t hardcore” or something like that?

No! We are not afraid to explore new sound, as we said before we are a mixed of different kind of influences and when we are in our rehearsal room to write new music, we simply play what we feel. We never said, or even supposed to say,  “this is not hardcore” cause hardcore is more than music for us.

“My Sacrifice” is released by Indelirium Records. How did that came up? Were you looking for a label or were they that approached you?

When we were recording with Leandro, we told him our need to find a good label that could promote us in a good way, and our work. Leandro was in collaboration with Indelirium Records and he suggested them to work with us.

The cover is quite dramatic and representative of the concept. It brings me to mind that stuff that we do that brings us scars and bruises and that in the end, although our sacrifices, we all fall down. Do this make any kind of sense to you?

Yes, the cover is dramatic and representative of all the true meaning of the album. With this image we want to spread our rage, the scars of life and all the things that brings us down, but differently we want to scream that we get up, we fight, we fall… BUT we get up, we persistan, we resist!

We think that the message is more importante, but music is important too. We need a mix of music and messages as food, we think that is the best way to fight.

Any plans to go on the road and spread “My Sacrifice” on european stages? You guys would be killer on our country, I assure you!

We don’t have any plans now but we are supposed to do some really soon. We miss to play in Europe and we never been in your country, It wold be crazy! We want to go there!

You’ve played with many of the world’s finest acts in hardcore. How is it to play and share stage with your heroes?

Yes, we had the good fortune to play with some of the best band in the world and everytime was amazing, like Terror, Deez Nuts, Comeback Kid, Ratos de Porao and think that experience helped us to grow as a band and persons individually.