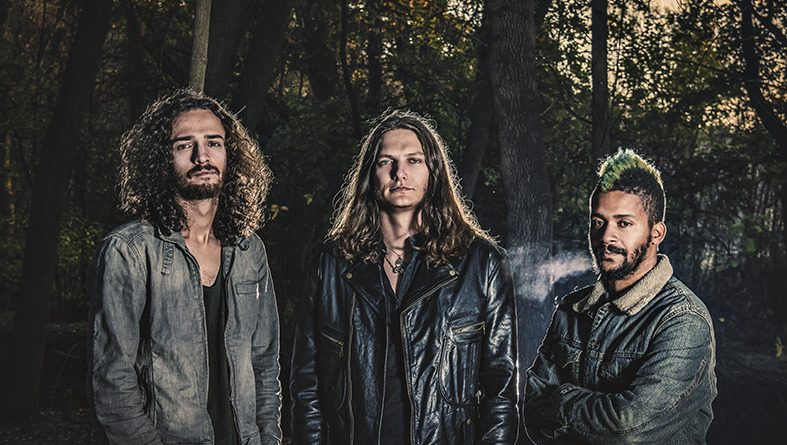 South Africa is been presenting to the world for a long now, many worthy acts in heavy music but the one that’s been sticking to our memory, with no shadow of a doubt Ruff Majik. Stoner, psych rock with soul that get us travelling to another dimension. What do we need more?! The band released their latest album, “Tarn” and World Of Metal got in touch with the guys to make the proper introduction to our World Of Metal and also to tell us more about “Tarn”. – by Fernando Ferreira / Photos by Christelle Duvenage Photography

Hello guys and welcome to our World Of Metal. I’ll start by stating that you guys have a really great old school sound, bringing back some classic rock vibe, slightly psychedelic and bringing it together with stoner and sludge. Do you think that’s a good description of your sound?

I think so yeah! We were raised on classic rock, and still listen to it almost daily. Hell, I’m listening to Jethro Tull as I’m typing this. And the rest is just the influence of everything else we listen to. Anything with heavy, downtuned guitars. And yeah, we just end up mixing it all together.

Not knowing very well the scene in South Africa (and from what I know, it’s closer to modern proposals in heavy music) can you tell us if is there a strong scene on stoner or psych rock?

Well, no. There are a lot of great bands, but unfortunately very few venues and not such a big support structure. Hopefully the tide will turn in a few years, and this will change again.  However, there are many great bands for you to check out: Hellcats, Pollinator, Mad God, Bombaby, Black Math, The Valley, Monstroid, Psykasm, Ma-at, The Tazers, Them Dirty Shrikes and Caution Boy are all worth a good listen!

Let’s talk about “Tarn”, your latest album. Last year you’ve released “Seasons” and it made a good impact. Did that make any kind of pressure for this one?

Nah I don’t think so. We just keep doing what we like doing, and don’t really pay much attention to people’s opinions about it. Maybe that’s not the best way to handle things, but we don’t really care. It’s our music, for ourselves. And if people enjoy it, that’s great. If not, well, that’s fine too. 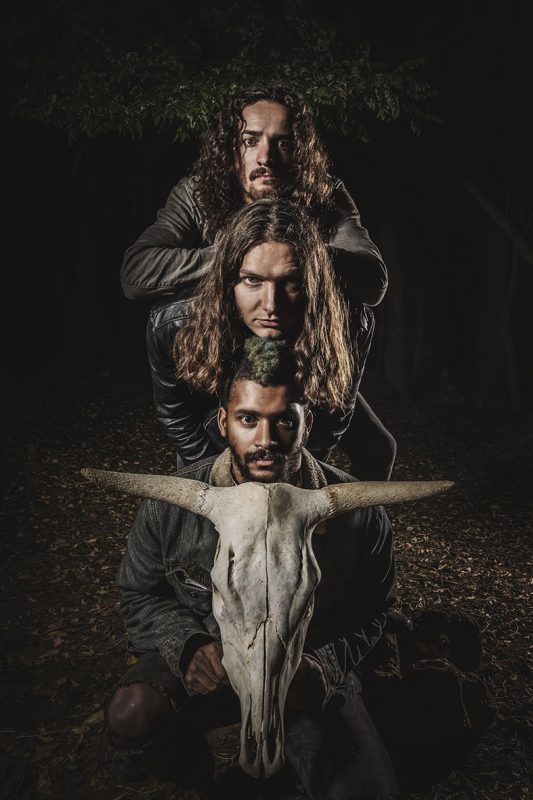 How would you describe the studio time for this one?

That’s the thing about us. We don’t really spend a lot of time in studio. We all get together in one room, play the songs and record them live. All in one take. So, I guess we were in studio for a day at most.

“Tarn” has a mystical sound to its title… what is its meaning? Does it have something to do with ancient norse tradition?

Well, the name is Norwegian, but other than that not really. We were touring with the guys from Devil And The Almighty Blues last year, and made really good friends with them, so we thought naming the album in Norwegian would be a good tribute to our time spent together. The name itself references the “Tower” tarot card, and the theme of the album keeps in line with what the tarot card represents.

The album is going to be release by Lay Bare Recordings. How did you got to them?

Warren Gibson, the mastermind behind Plug Music Agency, did a marvelous job with our PR. He got in touch with them asking if they would like to release the album, and by luck they had seen us live in Germany already and were very interested.

The album is out and now is time to take it to the road. Do you have in your country an established route of places to play your kind of sound?

Nope. As I said earlier, unfortunately there are not a lot of places to play in South Africa. So we played a few shows, and will probably do one or two more, but then that’s it.

Any chance to come to Europe?

We’re in Europe right now actually. (Laughs) But we’re only playing a few festivals in this time. However, from October onwards we’ll be touring all over Europe!

Where Ruff Majik expect to go and achieve with “Tarn”?

Global domination! Hahahahaha! Well, we’ll tour it as much as we possibly can – but we’ve already started writing the next album too.