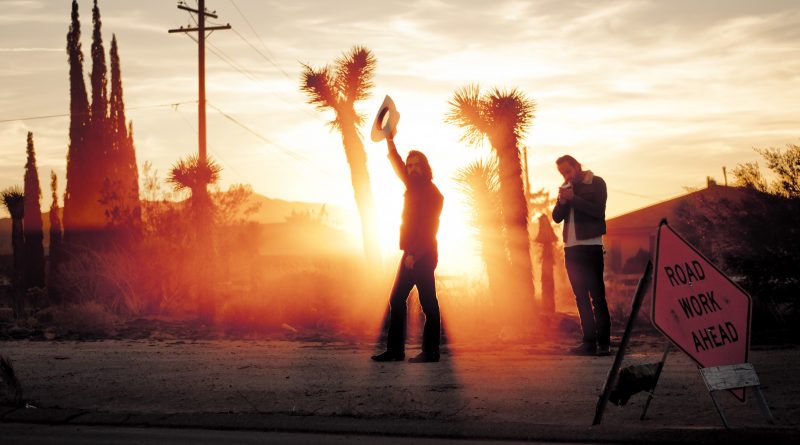 The Picturebooks is one of the greatest rock bands around. Period. Their take on rock is contagious, quite infectious indeed and since “Home Is A Heartache” that we became addicted to them. Well, new album out – “The Hands Of Time” and here we go again to another great rock’n’roll ride. World Of Metal got in touch with  Fynn Claus Grabke, singer and guitar player, the half of The Picturebooks – Fernando Ferreira 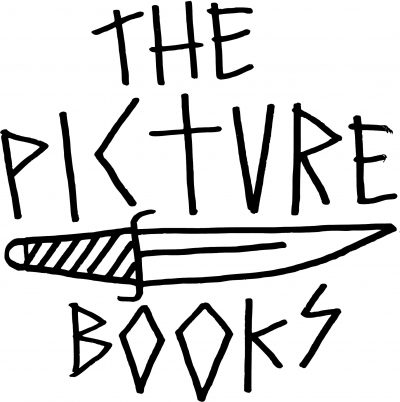 Hello and welcome to our World Of Metal. Rock is back! I know that it’s kind of a generic way to start a conversation with you guys but it’s still the phrase that comes to mind when listening to your sound. It was that way on “Home Is A Heartache” and it sill is with “The Hands Of Time”. Do you get this kind of reaction to your music?

Yeah, totally. In a way of not copying something from the past or being a retro band, more in the way of feeling the old school rocknroll vibe but with a new twist and interpretation of rock I guess. It seems like people really needed that. Something fresh, a new perspective on it.

After the massive success of the last album, did you felt pressure for this one? At least not to repeat yourselves?

I guess everyone measures success different. Some only look at the money. Some measure it in how many people come to their shows and some have way different ways on how they see succes. We simply enjoy life the way it is and feels so blessed to live the life that we are living surrounded by the best people in the world, traveling this world and actually make a living out of it. that´That’s already amazing. At the same time, we know, that some of these things like saes, ticket sales, march sales and so on, obviously decide if we can continue living this life, so we try to find the middle here. We didn´didn’t want to repeat ourselves for sure. At the same time we didn´didn’t want to change our sound, so what we wanted was to stick with what we sound and feel like but show that we´we’ve grown and that we can do a lot more which for a lot of people seems crazy because we´we’re just 2 people and they think that we cant perform this life but we certainly can. You’ll see.

We can see and feel an evolution from the past to what you’re doing now but it still feels like it’s Picturebooks. Did you’ve gone through some idea for “The Hands Of Time” that you’ve felt that it wasn’t proper for Picturebooks? Or asking the same question in another way, do you feel that there’s no bounderies where you can go musically?

That’s a great question. The thing with music or art in general is that it needs to be free. I mean completely unattached to any kind of rules and at the same time theres these invisible lines that decide if this is still art or is this already something else. Its pretty nerve wrecking for an artist. The thing for us was though, we had made up way too many rules over the years after recording 2 albums in our motorcycle garage next to the studio with just 2 microphones 3-5 meters away from us. We were afraid that this is the only way to create our sound. We new we had to bend these rules and start changing it a little bit and so we did. We went into the studio and used the studio almost like a new instrument and it felt so refreshing and freeing. The best thing was that we still sounded 100% like us just that we had worked a lot more on the songs and the production so the songs get the kind of attention that they need. We know that you’ve breaken some ground in this album, inclusive invinting Chrissie Hynde to sing on “You Can’t Let Go”. How did happen? Did you’ve thought of her since you started writing the song? How was the experience?

First of all Chrissie is the best! She really is. after living on a roof top in Santa Monica, California in a tent of our buddies place. I bought a greatest hits album of pretenders at this record store in downtown la and we listened to this album all day to this time. It just became our jam. Fast forward a couple years later we get offered to play this huge festival by Harley Davidson in st Tropez right by the beach and pretenders were going to be headlining. We were super excited about it and excited to finally meet Chrissie who became our favorite over the years. While we were sound checking Chrissie was standing infant of us on this empty beach and we were only performing for her while she was standing there fist up in the air. She ran over to us and told us how much she loved it and we became real close that day. We have a lot of things in common like being vegan and stuff. We shared contacts and that was it. Till a couple weeks later I had the idea to have a guest singer and jokingly mentioned Chrissie. First we laughed but then philipp looked and me and said that I should just shoot her a text. So I did. 2 minutes later she writes back she’s in. the problem was we didn’t even had the song. So the next 2 days and nights we spend in the study writing and recording the song to send it to here. She loved it recorded her vocals in London and a week later the song was done and Chrissie was on the fucking album. We soooo happy about this!

You’ve experimenting with new sounds, adding some textures to your sound, and even making new percussive instruments. Did this happened because it was something the songs asked for or did you want simply to make your sound with a wider range?

Well I guess you never really know what a song really wants or needs. Its crazy how much can happen if you play the same chords that you played on a guitar just on a piano or something else. It changes the whole vibe. For us though, not being professional musicians, not being able to play a simple guitar chord or anything like that, I mean we dont´even play music if we´we’re not on stage or in the studio, it´its a little different. We create the whole song in our heads and through talking to each other about what we want to do and want to feel and see when we play or hear the song. by doing that we talk about what kind of instrument we hear or want to try out or even built for that to create what Ever is going on in our heads. We just really know what we want and especially what we don’t want.

You’ve produced the album yourselves in your own studio, does that give you a more relaxed vibe to work?

I honestly don’t even know. We’ve never worked in another studio. Actually we recorded some stuff in berlin at our buddies from boss hoss´s studio Inter Nashville for the blues harp that you can hear on two songs and that was kinda cool. We love our studio. Its something that we created in this small town where theres nothing going on and if we wouldn’t have the studio then we wouldn’t have anything else to do. We have made up a time table though for this album to stick to a daily routine and it helped a lot. Creatively I felt a lot more going on then when I’m lost in time.

What are you expectations to this new album, did you already had some feedback?

Seems like everyone is loving it. To be honest though, we’ve never felt so confident about somethingbthatn we’ve done like this album. We love every single thing on this album. From the artwork to the songs to the production to the videos. Because thats what we´re all about. Theres more to it than just the music. Its the photos, videos, even the social media, the bikes, skateboarding… the picturebooks is a lifestyle and if people don’t get it or don’t lie it that thats totally fine but were very happy over here enjoying life to the fullest by simply living in the now, the present. Knowing that you cant turn back the hands of time and celebrating the truth by being honest to yourself and the people around you.

You’ve toured extensively and now you’re back with a new album. Do you expect that this time to tour even more? Where do you expect to go this time? Anything planned?

Too much planned to be honest. As far as I’m concerned we will be touring all year long. I look it up on our homepage thepicturebooks.com myself to know where I will be tomorrow to be honest. (Laughs).