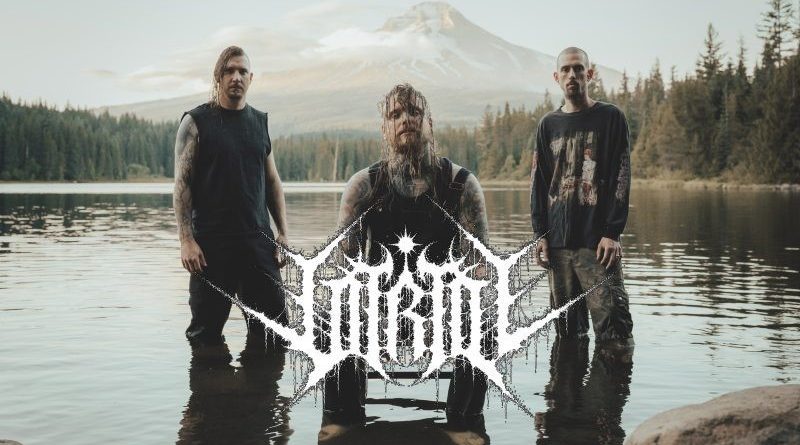 U.S. Death Metal is getting stronger and stonger by the day and Vitriol is just the newest example. New blood that will blow your faces as “To Bathe from the Throat of Cowardice” is a great debut album, that we recommend. That said, that’s no surprise that we were intested in talking with Vitriol. Kyle Rasmussen, vocalist and guitar player received us as we welcomed him to our World. – By Fernando Ferreira

“To Bathe From The Throat Of Cowardice” is a great death metal album and a great way to start a career! Turned out the way you expected?

Hello! Thank you very much for the kind words. I’m very happy to say that it did, and that result did not come easily. We bit off a lot going into this album, it was ambitious for us on several levels. But we made it out with zero compromises. That’s saying a lot!

And how it is to release an album in a label like Century Media? How did the contact between the band and the label happened?

It’s a very surreal thing for a lifelong metalhead. We had posted a playthrough demonstration video for our track, The Parting of a Neck, on YouTube that happened to gain some considerable traction. That will always be considered the turning point in the band’s career. We received interest from a handful of labels but none with the same level of enthusiasm and shared vision as Philipp Schulte at Century Media. We couldn’t be happier with our decision.

We all know that death metal is a genre that doesn’t have many secrets nowadays but still, the album sound fresh and brutal! And it doesn’t sound similar like other bands. Was this an objective of yours?

It wasn’t an explicit objective, no. But I’ve always held the belief that if you create honestly and endeavor to do so in the absence of the implied standards of your subgenre/culture, a unique sound will surely follow. People are simply too nuanced and complex in our experiences and preferences that if you speak to them and listen to them honestly, fearlessly, you will find something that is only yours.

This sound that we hear on the album is something that we can assume as your identity or do you think there’s still room for evolution and changes?

I think there will always be room for how the spirit of Vitriol manifests in musical form, but the spirit itself will remain unchanged. Vitriol is, at its heart, a meditation in hostility and abjection. That place will always serve as Vitriol’s northstar. But that is a fairly large umbrella, and there are many ways in which that can be communicated. We look forward to exploring them.

The extreme metal from the 90s is the big inspiration but I dare to say that there’s somewhat of a black metal influence over here. Nothing too evident, but still, a nod. Is this something that makes sense? Did you were careful in what the could enter in the blender and end up on the final result?

Absolutely, yes. Black metal is a deep source of inspiration for me. It was important to me that when introducing the more metaphysical sensibilities it offered that it didn’t result in a traditional “blackened death metal” sound. Finding a way to make a genre that’s as deeply physically violent as death metal also violent to the spirit and psyche was the primary creative hurdle. I’m always trying to find ways to achieve both.

The sound is really powerful and full, putting a special meaning to the expression “power trio”! Where was it recorded and who produced it?

Thank you! We tracked all of the instruments at Interlace Audio with Stephan Hawkes in Portland, OR, he was also the same man to perform the master. For the mixing we went to Taylor Young at The Pit in Los Angeles. He was kind enough to allow me to fly down and sit in for the mixing. Maintaining a very hands-on approach was important to me.

Probably not much reactions so far, but even the few that you got to the album, are they leaving you excited about the reception of the album?

We are extremely excited. The response leading up to this full length has been overwhelming. We are very humbled by the feedback that we’ve been reading and receiving. This is a very special album for us and it’s an overwhelming feeling to know that the energy translates for some of the listeners.

Like I said before, the sound is really full. Do you think you’ll have some difficulties to tranpose it to the stages?

We do not. We are very happy to have welcomed our fourth full time member to the fold by way of Mike Ashton on second guitar. He will be able to provide all of the extra sonic real estate we need to achieve the same crushing energy found on the album.

We know that you will join Nile and Hate Eternal on tour. You must feel quite eager to do this tour. Any chance to come to Europe?

It’s truly an honor to be touring with the kings in Nile and Hate Eternal, especially for our first European excursion. Opportunities such as these validate one’s entire efforts behind their career. I couldn’t be more grateful for it, and we couldn’t be more prepared.