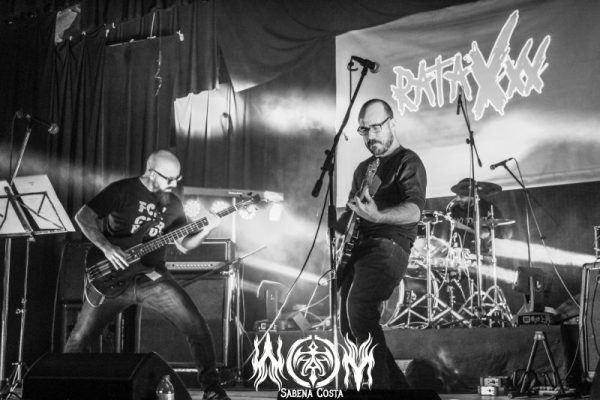 Brotthogg – “Echoes of the Past”

Formed just three years ago, Brotthogg is a Norwegian Death Metal Band/Project. After the release of their first work, an EP by the name of The Last Traveller, in the year of their formation, now in 2020 they present their first full-length album – Echoes of the Past. Everything about this album was making me anxious even before listening to it: the weird band name, the Norwegian nationality (please don’t label me as a xenophobe as I explain what I’m trying to say at the end of this sentence) and the death metal … in other words, everything screamed brutal death/black metal or other type of style in the same line, which I don’t really appreciate. However, I’m happy to announce that I was wrong in most of my ideas! It’s a melodic death metal that perfectly manages to balance out the melodic with the aggression. Echoes of The Past is a very fluid experience of about half an hour packed with mesmerizing riffs and dystopian solos with an atmosphere that seems to blend in the heroic and the chaotic in one entity (unfortunately, I don’t have lyrics to see if they also match this idea). In all, this album is excellent as it is never boring and besides the energizing aspect of music, it also triumphs in offering an experience of complex musical culture – roughly, I would say that “this isn’t music to which you just bang your head”. To conclude, I think the 4th track (The Aftermath) should be specified as being an example another example of duality and excellence: moderation and aggression, which complement each other beautifully.

Pleurisy – “Onwards To The Sacrilege – The DEMO-NIC Years”