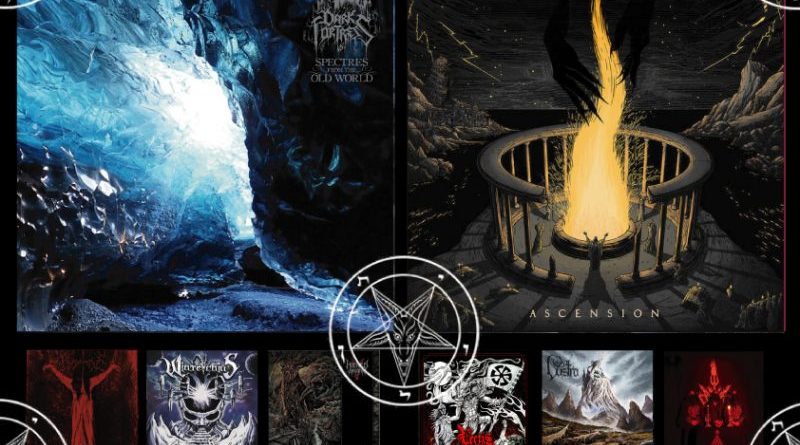 Vectis – “No Mercy for the Weak”

After positively shocking the Portuguese Metal scene with last year’s Demo Tape (“The Executioner”), Vectis are back, and hungrier than ever! They play Black/Thrash Metal the way it was written by Sodom, when summoning the Devil for the recording of “In the Sign of Evil”. This is, ladies and gents, is the definition of Thrash Metal!

But moving on, shall we?! They are fast, they are aggressive, they take no prisoners and those drums sound like all Hell broke loose! This is Thrash, this is fucking Thrash Metal! One of the things that actually makes me love these kids (hope they do not take the word “kids” as an insult) is how much of the History of Heavy Metal is in their sound. Explaining: they are truly quite young, yet their sound is “old”. They have the needed knowledge of Heavy Metal, to craft an excellent Black/Thrash Metal… and those boots! Their music is more than just Thrash. It has bits of Speed and Heavy Metal. Powerful guitar solos – quite young, the axeman – and those drums! I am repeating myself, but they really sound LOUD! They wrote 5 tracks of Speed/Black/Thrash Metal, and they did it well! Very well, for that matter!

15 minutes of relentless aggression, mixed with top-notch vocals and an energy that the Portuguese Thrash Metal scene has not seen in a few years. I honestly hope they continue down this path, keep their Thrash Metal dirty and raw (and with cowboy boots, please).

Hands down the best thing that the Portuguese Thrash offered us in the last years. Genuinely curious on what is coming next.

I had a conversation with a mate, just the other day, and I asked him what was his opinion regarding the visibility that Black Metal might be having at the moment, and all the bands/musicians opting for the Raw approach to the genre. His answer was quite… explicit: you think so?! And in fact he is right! Black Metal has never been as “mainstream” as it is today. Bands pop up from everywhere, labels, the Instagram heroes that post a million pictures with their million limited edition tapes! What is this?! Is the genre lost in this social media reality we are living?! I sound like an old orthodox grumpy man, pointing fingers and throwing complaints around. But in fact, I do see it now. It is “dangerous” and “edgy”, to be Black Metal today. Does that mean we all need a member card to be part of A or B?! No, of course not. You just need to have good taste in Black Metal. Basic common sense, my people! Do you need a list of what you should, and should not, give attention?! This sound arrogant and unnecessary, I know… just put this sort of Black Metal aside and carry on.

Now, down to business. Horned Almighty, a Danish Black Metal band. They have been around since 2002 and have released, so far, 7 records. It does live within the Black Metal “borders”, so to speak. Their sound is a bit on the generic side (“Punishment Divine” has a bit of Darkthrone in it, wow), and that was the reason I went berserk and harsh words came out, right at the beginning. Horned Almighty’s music will appeal to some, I have no doubt that it will, and it is not an awful set of songs, no! It simply sounds like so many other releases. Music sort of reflects in different ways in each one of us, and there is no (maybe) bad Music. There is Music that I like and Music that I dislike, but that does not mean that it is bad.

But being generic… not everyone is a musical genius, and not everyone wants to create something different from everything else. Horned Almighty sound like Nordic Black Metal, with just a bit of something else. It has the really fast drumming with the harsh vocals, the aggressive guitar attack… but it has nothing else, to the point that I felt pushed down into the eternal fires of Hell. It lacked atmosphere, being mostly plain and “tasteless”. Revolves around the same (or very, very similar) structure. Ones wished for that Dark and Necrotic atmosphere and general ambiances, and with this release one only takes generic riffs and generic vocals. The drum work is not bad, I may say… but it does not the extra mile. “Antagonism Eternal” has this guitar riff that could very well fit into a Swedish Melo Death Metal song… eish, I did not sign up for this.

Well, in the end this is just my opinion. It is what it is. Some might love it, others might hate it, but it is what it is. If you are into the generic/mainstream Black Metal and love some melodic riffs, do give it a go and prove me wrong.