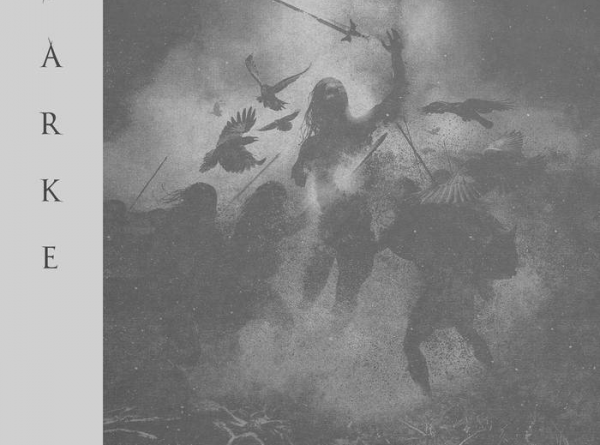 Sarke is a self-titled musical project started by the black metal musician Sarke in 2008. Despite its beginning being characterized by individuality, it was early that to this known name in the black metal scene joined other famous personalities, as it is the case of the front man Nocturno Culto (ex-Satyricon). After the release of 5 albums, this band started developing a somewhat known career, having even been on some of the most important metal stages in Central and Northern Europe. Currently, the band is about to release a new album, on November 1st, titled “Gastwerso”.
Luckily, we were contacted to do an early review of this amazing piece. “Gastwerso” is an album that manages to transform the more brutal side of black metal into more sober sounds; with this I mean that their sound is both solemn and relatively calm, but always centered in black metal. By other words, it’s a heavy album with some slow rhythms that are always presented with “high class”. It’s also important to highlight the use of the keyboard in this most recent endeavor: it’s phenomenal, and helps the band bringing their sound almost to the level of symphonic black metal. It was really a breath of fresh air after hearing so many bands being “destroyed” by the invasive sound of the keyboard, but in Gastwerso we have an almost constant presence of the keyboard (but instead of trying to substitute the quality of the other instruments, it just adds it), we have the creation of dramatic symphonic melodies and the development of a miasma of agony and chaos.
Regarding the vocals, its rough but completely perceptible, ending up adopting a more “revolt and fury” vibe than the “hell screech” so common in the black metal style. When talking about the most exposed instruments (guitars and drums), these two vary well enough throughout the album, sometimes we have intense drumming accompanied by a destructive guitar as well as slower and more ambient sections (for example, the track In The Flames is situated between these two forces). Sadly, the bass is one of those things that’s only noticed when it’s lacking or downright bad, and, that being said, the bass is on point in this one always giving the backbone for this project. And this is basically it, it’s a very hard project for me to dislike and I believe it’s a true spot on regarding the creation of a gloomy musical project that at the same time is destructive enough while connecting different bridges in the black metal genre (speed – slowness, minimalism – symphonic and ambient – explosiveness).