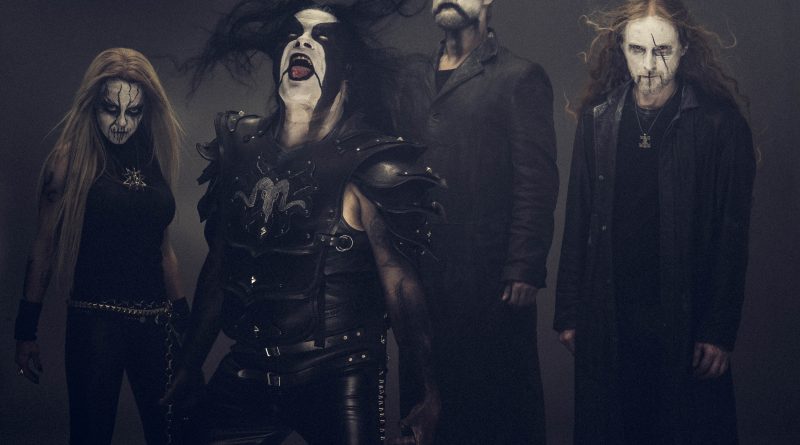 Norwegian black metal titans ABBATH are now releasing the third new track, taken from their upcoming full length ‘Outstrider’. The album is set for worldwide release on July 5, 2019. The title track is now streaming below:

On June 21st, 2019, Portuguese grinders Holocausto Canibal will materialize their longtime dream of performing on radio like most of their favourite acts did back in the day (Carcass, Napalm Death, etc). “Assintonia Hertziana” was caught on tape and offers the complete and honest performance of the band’s 2014-2015 setlist, which they had the chance to unleash live at Party.San Open Air, Neurotic Deathfest or New York Deathfest, and that goes through their entire discography.
Holocausto Canibal have published a visualizer for the track “Amizade Fálica” which goes out with a FAQ as there was some confusion among the fans about this release.
Watch the video below:
Read the FAQ below:
“ASSINTONIA HERTZIANA” F.A.Q.
1. F.A.Q.? What do you mean by F.A.Q.?
F.A.Q. = Frequently Asked Questions.
2. Why?
Since we announced “ASSINTONIA HERTZIANA” we saw a lot of confusion going on about it. So we decided to clear all doubts, right here, right now.
3. Is “ASSINTONIA HERTZIANA” the long-awaited HOLOCAUSTO CANIBAL new album?
NO!
4. Then what is it?
“ASSINTONIA HERTZIANA” is a live recording of our set on a local Portuguese radio.
5. How the hell did that happen?
Back in 2015, shortly after we returned from our first US tour, we were invited by Portuguese heavy metal/rock radio show “Submarino” to participate in their “Noise Sessions”, where basically they invited bands to play live in their show. Since we are big fans of John Peel and his “Peel Sessions” we always dreamed about doing something like this. The opportunity came, we grabbed it.
6. Is this the usual “fake live”… or is it the real shit?
This is a 100% honest performance of our 2014/2015 setlist, caught live, with no cuts nor overdubs.
7. How does it sound?
Sounds like a punch in your momma’s face. Take a few minutes of your not so precious time and check a free track. It’s called “Amizade Fálica” and it’s from “Opusgenitalia”, released in 2005.
“Assintonia Hertziana” will be out on June 21st, 2019 via Lusitanian Music.

KAVARA’s ‘Weathered & Lost’ Out Now and Streaming in full

Fresh off the Forest City London Music Awards’ bestowal of “Best Metal Act of 2019,” Canadian Melodic Death Metal quintet KAVARA are proud to announce the release of full-length debut album Weathered & Lost. taht you can hear in full below:
Emerging from the smoke and debris left by the explosive launch of 2016 debut EP Overthrown, KAVARA ratchets up the intensity, hones the songwriting to a fine point, and devastates the hemisphere with 11 tracks of dyed-in-the-wool melodic death metal! Eschewing trends in favor of authenticity and letting the music do the talking, KAVARA’s Weathered & Lostis Death Metal par excellence. Up the volume and revel in the glory of Death! Weathered & Lost was recorded at Icehouse Studios in Goderich, Ontario
Purchase Weathered & Lost
kavaraofficial.bandcamp.com/album/weathered-lost