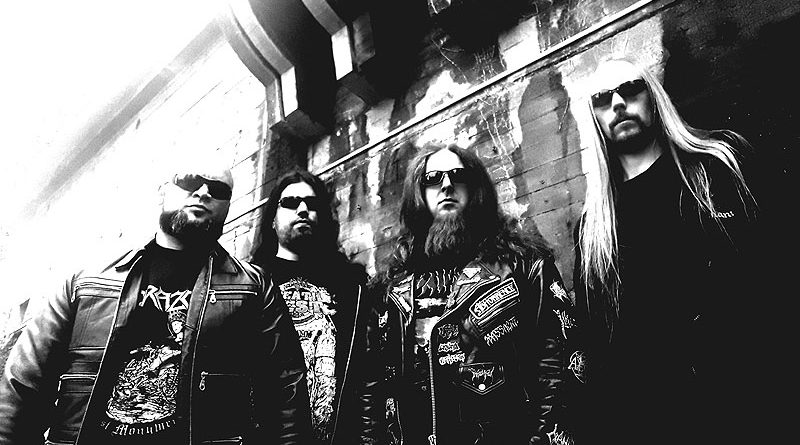 German Death Metallers ABYTHIC have just revealed the artwork, tracklist and the single “Shrouded in Perpetual Darkness”, which is the first advance from their upcoming sophomore album “Conjuring the Obscure”, set to be released through Xtreem Music on September 11th in CD & 12″LP.
ABYTHIC emerged in 2015, the same year they released their first EP “A Full Negation of Existence”, followed by their debut full-length “Beneath Ancient Portals” in 2018 through Blood Harvest Rec. “Conjuring the Obscure” is a conceptual work of dark and heavy Death Metal, divided into four chapters, where the vocal parts are shared between four different vocalists and where stylistically they go from the heaviest Finnish Death Metal to the Death Metal of Florida. You’ll be able to find influences from bands such as ABHORRENCE, early ASPHYX, DEMIGOD, MORGOTH, PURTENANCE and MASSACRE.
Artwork and tracklist for “Conjuring the Obscure” is as follows: 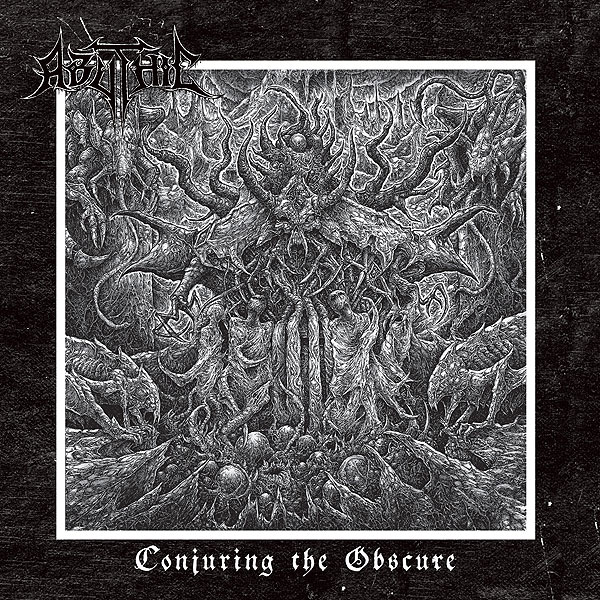 1. Eternal Chaos Will Rise
2. Order of the Gash
3. Shrouded in Perpetual Darkness
4. Ruins in a Wasteland of Visions
5. Drifting Among Shadows
6. Coronation By the Burning Winds
7. Shadows of Becoming Might
8. Let the Purge Begin

After Italian blackened sludge and doom metal unit ALCHEMICAL WAKE have just recently announced the worldwide signing with Argonauta Records, they finally unleash the details about their upcoming, hotly anticipated debut album! Titled Cassiopea and set the for a release on August 30th 2019, the duo follows and completes the path of their critically acclaimed EP’s to date.

Mixing the elements of Stoner, Dark Rock, Sludge and Doom Metal on a highly innovative level, ALCHEMICAL WAKE have evolved their sound on Cassiopea to a tight variety of heavy low-end, darkened doom tunes. Today the band is not only sharing the cover art and album details with us, but also a first single to the blistering track Noctua!

Listen to the song below:

This is Noctua, the first single of our next LP.“ the band comments. „It’s the most dynamic track and it goes straight to the point. It has a good introduction for the rest of the Album. The track take shape from an improvisation with the drum, then the guitar fills the main drum riff. The name of the song is inspired by the owl constellation, noctua indeed.The whole album is a concept dedicated to the constellations.“

You can’t stop Rock & Roll – a simple yet effective message, especially in modern society. And THE NEW ROSES keep proving that Rock & Roll isn’t dead to every single one of us, over and over again. Their newest single fits perfectly into their existing repertoire. Rhythmic guitar riffs and Timmy’s rough voice, that reminds the listener of a mix of outstanding vocalists like Axl Rose and Ronny Van Zant, complete the journey with a modern finish.

German Hard Rockers THE NEW ROSES are back to climb the rock Olympus with their fourth studio album Nothing But Wild! After successful live appearances all over the world, lately opening for KISS, and the invitation to tour with the legendary Scorpions in summer, the four-piece, centered around vocalist/guitarist Timmy Rough is ready to deliver the long awaited follow up for One For The Road (2017), which hit the top 20 in Germany.

After just having released their first single “Down by the River” of their new album Nothing But Wild, which has been playing on all relevant radio stations ever since day one and keeps climbing the Airplay charts, THE NEW ROSES add the second single “Can’t Stop Rock & Roll” to their repertoire.

Pre-Order Nothing But Wild NOW!