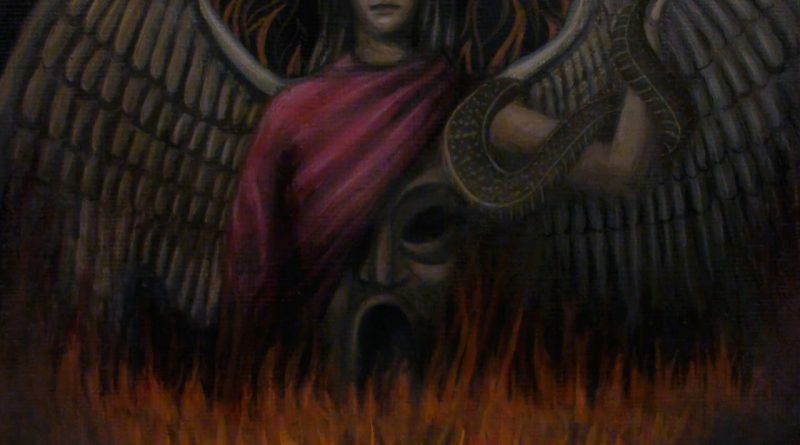 Greek occult black metallers with ritual & 70’s rock influences, ACHERONTAS, are streaming their seventh studio album “Faustian Ethos”, due out on May 18th in Europe and May 25th in North America via Agonia Records. Listen to the album in advance below:

ACHERONTAS stands at the forefront of the new wave of Greek black / occult metal scene, with strong dedication to spirituality, mysticism and magic, in both sound and image. As such, it is considered by its members as an otherworldly project; a medium, where Hellenic metal meets eastern philosophy and retro rock.

The band commented: “Faustian Ethos…a sacrament of Devil’s Art and Magic. The Coven of Acherontas enters the indisputable paths of the unspeakable to transgress the Infallible traditions beyond the mundane perception. Originally crafted during the procreation of ‘Amarta’, the material of ‘Faustian Ethos’ was chosen to become a separate entity, following a different musical and ideological approach. Eight offerings to the great and everlasting Work, eight Keys to the deepest layers of the Abyss. Exploring multiple crossroads ,the Coven return to the Western path, two years after the Union release with Nastrond. Art, religion and philosophy blend within the spectre of straight-edged and razor-sharp Black Metal, devoid of ornamental elements, reaching the very core of irredeemable Black Magical, Devilish Art. The most intense, profound and apocryphal chapter of the musical/magickal “Ma-Ion” trilogy is taking form and, like a final element, completes the alchemy of this esoteric work. Rooted deeply into the substantial core of our tradition, it invokes the Faustian spirit once again, as the Sun sets into the ruins of modernity. The triangle shall be crowned with an oak wreath and the cycle shall be completed, yet for another one to begin”.

Agonia Records label manager commented: “It’s certainly the best album recoded by Acherontas so far. It’s actually one of the best Black Metal albums I have heard in years! The spirit of 90’s is alive”.

The follow-up to “Amarta अमर्त” (2017) was recorded in three different studios in Greece, UK and Germany between 2016 and 2017 with mixing and mastering done at Pentagram Studio by George Emmanuel (Rotting Christ, Lucifer’s Child). The cover artwork was created by George Zafiriadis (www.occulticons.com) and the “Faustian Ethos” sigil (available at the bottom) was illustrated by VisionBlack.

Tracklisting:
1. Τhe Fall of the First Pillar
2. Sorcery and the Apeiron
3. Aeonic Alchemy (Act i)
4. Faustian Ethos
5. The Old Tree and the Wise Man
6. The Alchemists of the Radiant Sepulchre (Act ii)
7. Decline of the West (O  Ιερεας και ο Ταφος)
8. Vita Nuova